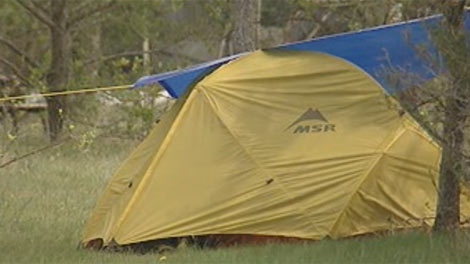 WINNIPEG -- Manitobans can now book reservations at any of the provincial campgrounds.

This year the province used a staggered reservation system in order to make it easier for people to book their camping trips.

This new system came as Manitoba saw a huge spike in demand for campsite bookings.

Last week, CTV News Winnipeg reported the province saw thousands more bookings this year than it did at the same time last year.

ISSUES WITH THE BOOKING SYSTEM

A number of people have taken to social media on Monday morning to report issues with the booking system.

Is it just me or is the website completely crashed? I’m trying different browsers since 7 am and the ticket line won’t even load.

Manitobans are saying they are having issues getting ticket numbers and with the website crashing.

Worse than last week. Can’t even get a ticket number....

Mine keeps crashing. This is ridiculous.

CTV News Winnipeg has reached out to the province for more information on Monday’s reservations numbers.