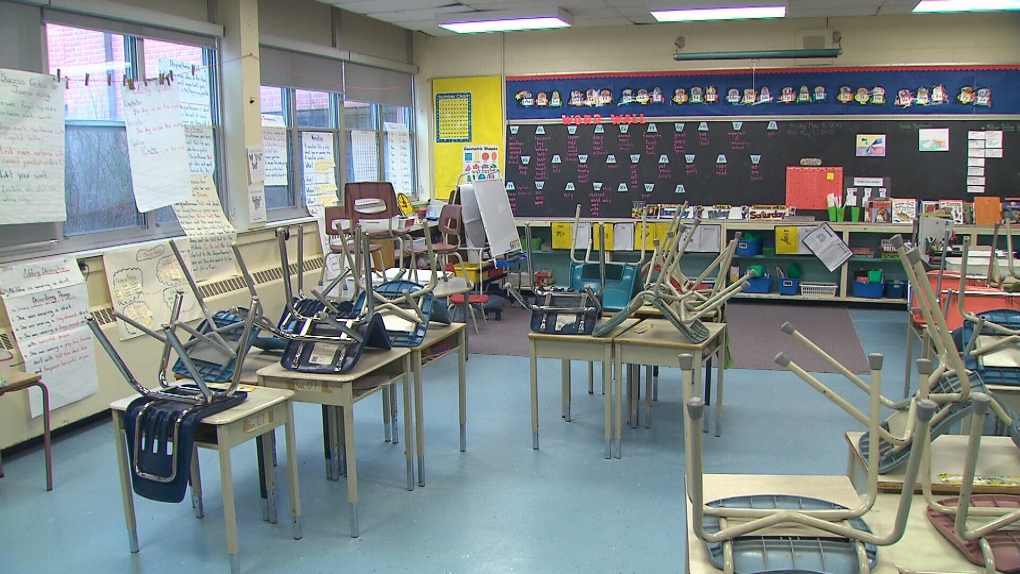 Manitoba opposition wants to see the province beef up ventilation in schools before children return to the classroom in September.

On Thursday, NDP Leader Wab Kinew called on the province to proactively increase ventilation in classrooms.

"Investing in ventilation will help ensure that kids who are too young to be vaccinated right now can still have an additional measure of protection and help ensure that they can all return to what educational experts say is the best approach to learning which is direct face-to-face in-person learning," Kinew said.

The province plans to have all Kindergarten to Grade 12 students return to in-class learning full-time on Sept. 7.

Dr. Joss Reimer, the medical lead of Manitoba's Vaccine Implementation Task Force, said for students between the ages for 12 and 17 to be considered fully vaccinated before classes resume, they have to book their first shot by Tuesday, July 27.

Kinew said this still leaves a large portion of students unvaccinated, and pointed to better ventilation as a way to protect these children in the classrooms.

It is a concern shared by some parents who joined Kinew on Thursday.

Tamara, a mother of two, said the past 16 months have been exhausting. The thought of her children returning to the classroom is bringing up new stress.

"My son will be going into his school building that is over 100 years old with 300 other unvaccinated kids," she said.

"When weather permits, opening windows is their only ventilation option."

Dougald Lamont, the leader of the Manitoba Liberals, said in the spring he had called on the province to use federal COVID-19 funds to replace aging and obsolete ventilation in schools.

Lamont said many schools in the province have a backlog of maintenance that stretches back before the PC government was elected in 2016.

"In addition, school divisions and independent schools reported spending a total of approximately $790,000 in ventilation operating/maintenance costs during the 2020-21 school year," they said in a statement to CTV News.

"These operational approaches to ventilation systems were a result of the guidance provided by public health specific to improving the air quality in schools, including the need for ventilation systems to operate more frequently than usual, duct cleaning, purchase of filters, etc. This public health guidance was shared with school divisions and independent schools in the Restoring Safe Schools guidelines issued on Aug. 24, 2020, and was reissued on Oct. 20, 2020, to reflect updated information."

The spokesperson said the province allocated $185 million to the 2020-21 Safe Schools Fund, which was provided to school divisions and independent schools, and added the province has committed another $58 million for COVID-19 response and recovery for the upcoming school year.

Two people have died after trees were downed during a severe thunderstorm hit most of southern Ontario on Saturday afternoon.