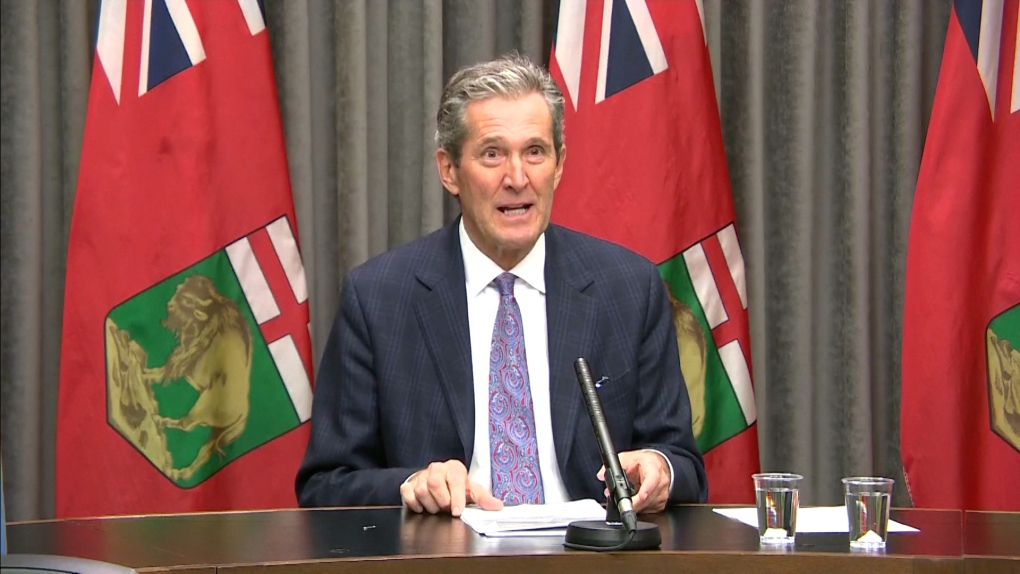 WINNIPEG -- The province announced it will be partnering with the federal government to provide additional compensation to front-line workers.

Premier Brian Pallister made the announcement on Wednesday, saying $120 million will be available to all front-line workers.

"Three-quarters federal, one-quarter provincial is the offer the federal government made," said Pallister regarding the split of the $120 million.

He added it hasn't been determined how much each front-line worker will get or who will qualify for the money.

"We all appreciate the work of front line, it's a question of how you define it," he said. "But we also recognize that people have been put at risk in a variety of roles in front-line services, whether it's in the public or private sector, and we want to make sure that we demonstrate our respect for the risks that they have subjected themselves to in servicing us."

"I think you're talking about four figures, maybe $1,000 or so for our front line workers, the actual amount will be determined after we get the advice on the breadth and length of the program," Pallister added.

He said the amount will be determined by the new Premier’s Economic Opportunities Advisory Board, which Pallister also announced on Wednesday.

He said for those wanting to apply for the payment there will be an online application, but Pallister added while that not all the details have been worked out yet but said he doesn't think it will take long for the program to get up and running.

Pallister said Manitobans will be "forever grateful" to front-line workers who have been working through the pandemic.