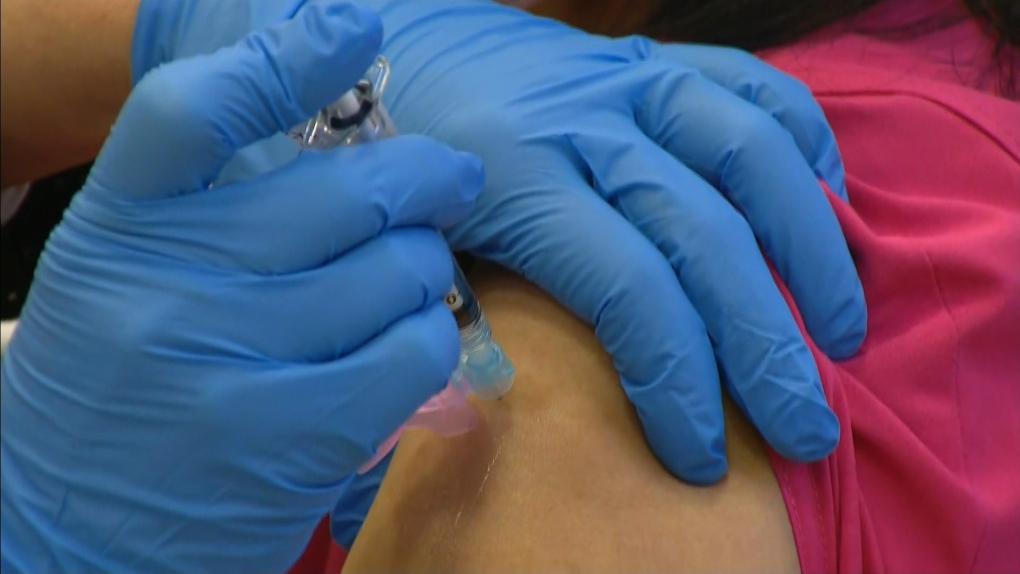 WINNIPEG -- Manitoba has hit a milestone with its vaccination campaign.

Since the COVID-19 vaccine arrived in the province, more than 50,000 doses have been administered.

But officials have said there is still a long way to go as Manitoba continues to wait for greater amounts of the vaccine to arrive.

"There's a lot of work left to do, but it is a nice milestone to reach," said Johanu Botha, who is the co-lead of the Vaccine Implementation Task Force, during a vaccine technical briefing Wednesday morning.

He added the focus continues to be administering second doses to eligible Manitobans.

"This is really the stat we are looking at, is to remain at the top of the tier of who we fully immunize."

The task force says it knows the delivery totals from Pfizer up to the week of March 8 and if all the doses were used and no other future shipments were received, it would mean 40,000 second doses would be delayed past the manufacturer guidelines. With that data, the task force doesn't hold back second doses, but will stop booking first-dose appointments. 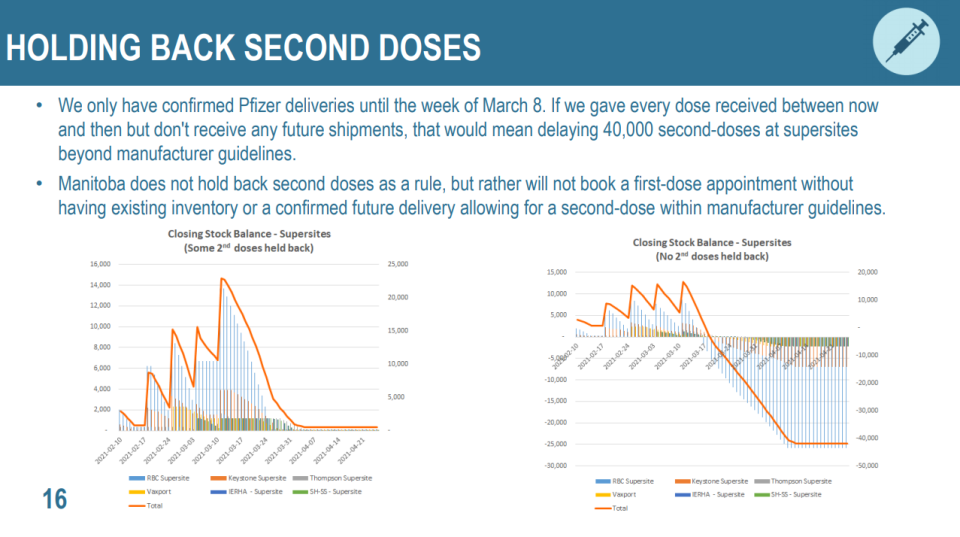 Despite the shortages within the province right now, Manitoba has more than enough capacity available if they were to start receiving more vaccines.

Currently, the daily capacity is 7,499, but for February, the province expects to average 1,327 doses per day.

Between the three sites in Manitoba, 5,889 doses were administered last week.

While vaccine numbers are low, officials are getting ready for increased call volumes for booking appointments when more vaccine is available.

They said they are ramping up phone capacity and plan to be able to take 5,000 to 10,000 calls per day with wait times of less than 10 minutes and then also an additional 5,000 to 10,000 bookings per day through an online self-service system.

Implementation teams are also getting ready to head back to personal care homes in the province to give out the second doses. The province expects all care homes to be done by the end of February.

Officials are looking ahead in the pandemic and preparing for when more doses are available.

In the second quarter, the task force said it would need just over 1,000 immunizers to help administer 15,000 doses per day.

To date, Manitoba already has 1,457 immunizers, which is 145 per cent above the province's target.

Officials are also preparing for turnover, and are now adding more eligible jobs that will one day be allowed to apply to be an immunizer.

These people aren't able to apply yet, but the task force is working with these industries to develop plans for the next steps, which would include when they can start to be recruited.