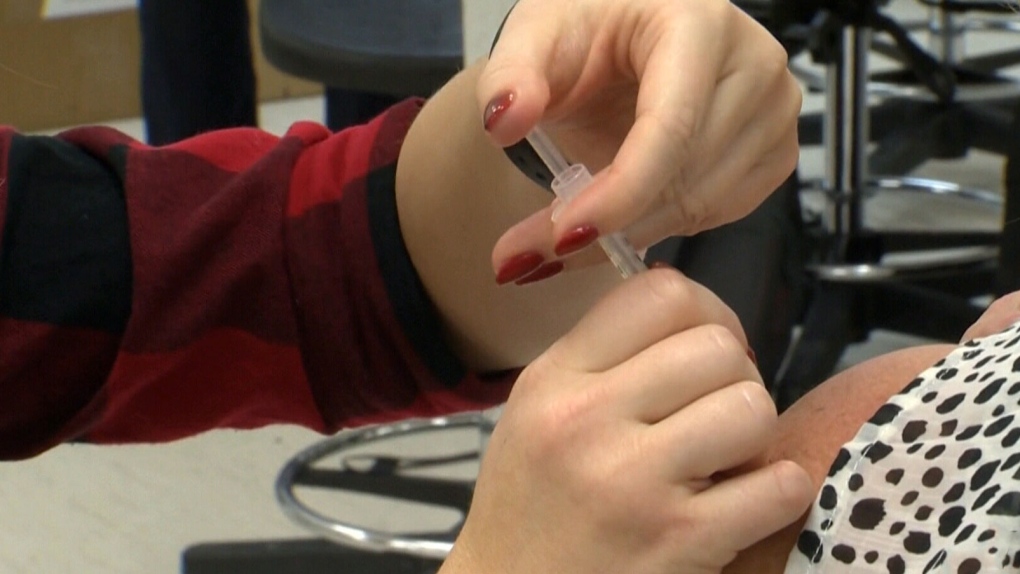 WINNIPEG -- New research has determined that many Manitoba physicians are concerned that the province won’t reach herd immunity.

However, herd immunity considers the entire population of the province, and 74 per cent of Manitoba adults is only 57 per cent of the total population. To achieve herd immunity, at least 70 to 80 per cent of people need to be immune to COVID-19, either through vaccination or past infection.

The report notes that because the vaccines aren’t yet approved for people under the age of 18, which means “More adults will need to get immunized to reach herd immunity.”

"The COVID-19 vaccines are a way out of this pandemic, but right now it appears as though not enough Manitobans are planning on getting immunized," said Dr. Cory Baillie, president of Doctors Manitoba, in a news release.

In order to feel more confident in the vaccination process, 88 per cent of Manitoba adults said they’d prefer to get their vaccine at a doctor’s office or a medical clinic.

The survey also found that 44 per cent of hesitant adults would be more likely to get immunized if the vaccination took place at a doctor’s office or medical clinic.

The report notes that Doctors Manitoba has recommended to the province that it “leverage doctor’s offices to offer more vaccine,” as currently, only AstraZeneca is available at doctors’ offices.

The report adds that other jurisdictions offer mRNA vaccines, such as Pfizer and Moderna, at medical clinics.

"Physicians join all Manitobans in wanting to put this pandemic behind us, but to get there it's important to offer the vaccine in places Manitobans are familiar with and trust," Baillie said.

"This new, independent research confirms doctors' offices and medical clinics are overwhelmingly preferred by Manitobans as their top vaccine location."

WORRY OVER A THIRD WAVE

The surveys also determined that 85 per cent of physicians and 82 per cent of adults are concerned about a third wave of COVID-19 in Manitoba.

The report notes that many people are also worried about a loved one contracting COVID-19.

It said these concerns are being driven by the arrival of variants of concern and the devastating impacts of the third wave in other provinces.

"We're in a race against the third wave, and it's more important than ever to focus both on speed and on targeting limited vaccine doses to those most at risk of severe illness or death from COVID-19," Baillie said.

As for how people are feeling about the vaccine rollout, 88 per cent of physicians and 83 per cent of adults think it’s taking too long.

The survey also found that 56 per cent of Manitoba adults are having a difficult time determining vaccine eligibility.

The report notes that access can be a barrier to vaccine uptake, and can contribute to hesitancy. It said this can be driven by the difficulty in determining vaccine eligibility, finding where the vaccine is available, and when it will be available nearby.