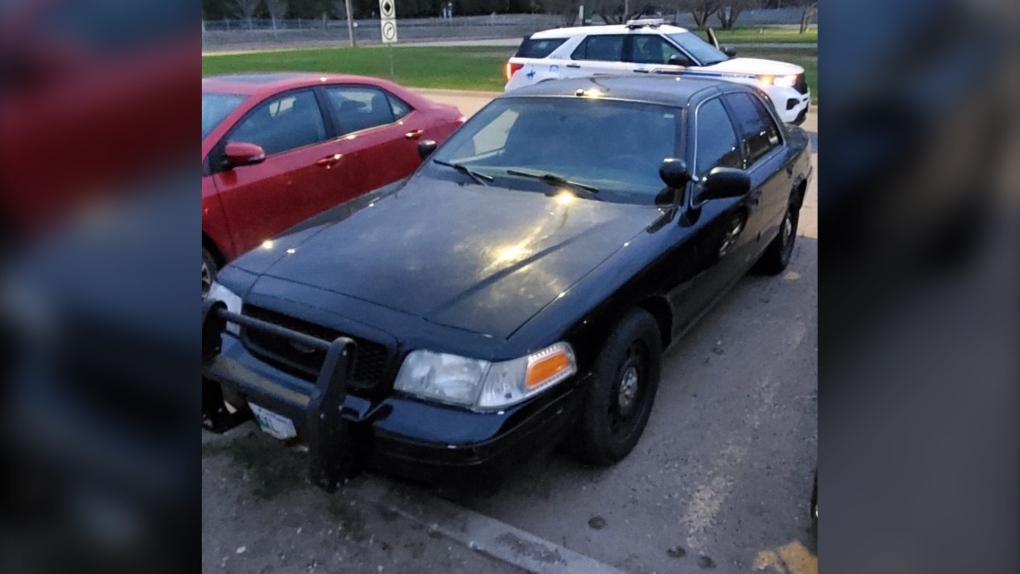 RCMP charged a Manitoba man who had equipment on his vehicle that made it resemble an off-duty police car. (Image source: Manitoba RCMP)

Manitoba RCMP have charged a driver after he allegedly had police-style equipment on his car.

The stop occurred on May 7 at approximately 7:15 p.m. in the RM of Minto-Odanah. RCMP found a black Ford Crown Victoria on a service road near Highway 10 that was equipped with police-style equipment, including a push-bar, spotlight and a roof-mounted antenna.

In a statement, RCMP said they no longer use Crown Victoria cars, but the car they stopped looked like a police vehicle. It is illegal for civilian vehicles to have any equipment that could cause someone to mistake it for a police vehicle.

RCMP charged a 23-year-old man under section 216 of the Highway Traffic Act for driving a vehicle that looked like a police vehicle. The charge has not been proven in court.

RCMP added the driver was given a vehicle defect notice and must report to MPI Vehicle Standards and Inspections. The driver is also required to remove the push-bar, spotlight and roof-mounted antenna, and if it’s not removed, the car will be deemed unfit and his registration and insurance will be suspended.

If look-a-like police vehicles are seen in public, residents can report it to their local RCMP Detachment or police service.

Tanya Ball began her career as a social worker for the Kaska Dene First Nation. Now she runs a land guardian program, working to monitor and protect a vast stretch of the band's northern British Columbia wilderness.

Abortion is legal in Canada -- but is it accessible? Experts weigh in

There is a renewed conversation about abortion accessibility and rights for women in Canada after U.S. Supreme Court justices overturned the Roe v. Wade case on Friday, allowing states to ban abortions.

Russian forces were trying to block a city in eastern Ukraine, the region's governor said Saturday, after a relentless assault on a neighboring city forced Ukrainian troops to begin withdrawing after weeks of intense fighting.