Manitoba RCMP respond to assault, armed robbery in one morning 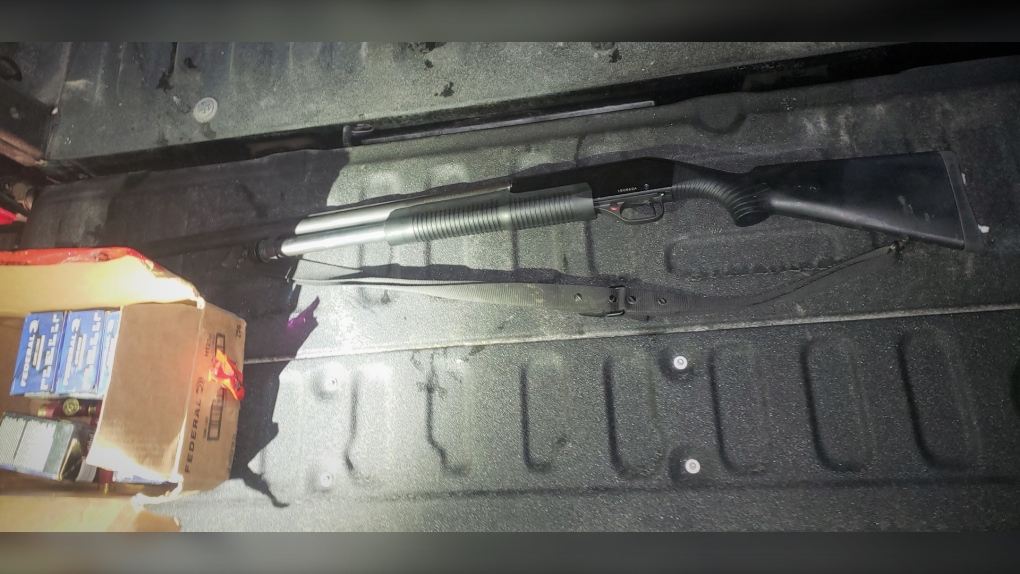 Supplied image of the gun seized during the incident in Kelsey. (Source: Manitoba RCMP)
WINNIPEG -

Officers with the Manitoba RCMP responded to two separate incidents on Saturday morning – an assault and an armed robbery – which resulted in one arrest and two injuries.

The first incident took place just after 2 a.m. at a home in the R.M. of Kelsey.

Police were notified of an assault, and were told the suspect was still inside the home with adults and children. Police note the suspect had a gun.

Officers with the RCMP and the Manitoba First Nation Police Service went to the home and contained the area. They also made sure people in the nearby homes were secure.

Police found the assault victim, a 21-year-old woman, outside the home. She sustained minor injuries and was treated by emergency personnel.

After several hours, an RCMP negotiator made contact with the suspect and got him to surrender. The man left the home and was arrested.

No one inside the home with him was hurt.

Officers seized a gun and ammunition from inside the home.

Jeremy Cook, 44, has been charged with several offences including assault, uttering threats, and possession of a weapon for a dangerous purpose. He was taken into custody. None of the charges have been proven in court.

Later in the morning, at around 7:10 a.m., RCMP officers were notified of a robbery at a home in Ashern.

Police allege three men went into the home and threatened the residents with a gun, a machete and a baton.

Mounties said the suspects assaulted a male resident and then stole money, jewelry, and electronics. The victim suffered minor injuries. No one else was hurt during the incident.

RCMP said the suspects are Caucasian and between five-foot-seven and five-foot-ten. One of the suspects is described as being about 40 years old with salt and pepper hair and hazel eyes.

Police said they don’t think this was a random incident.