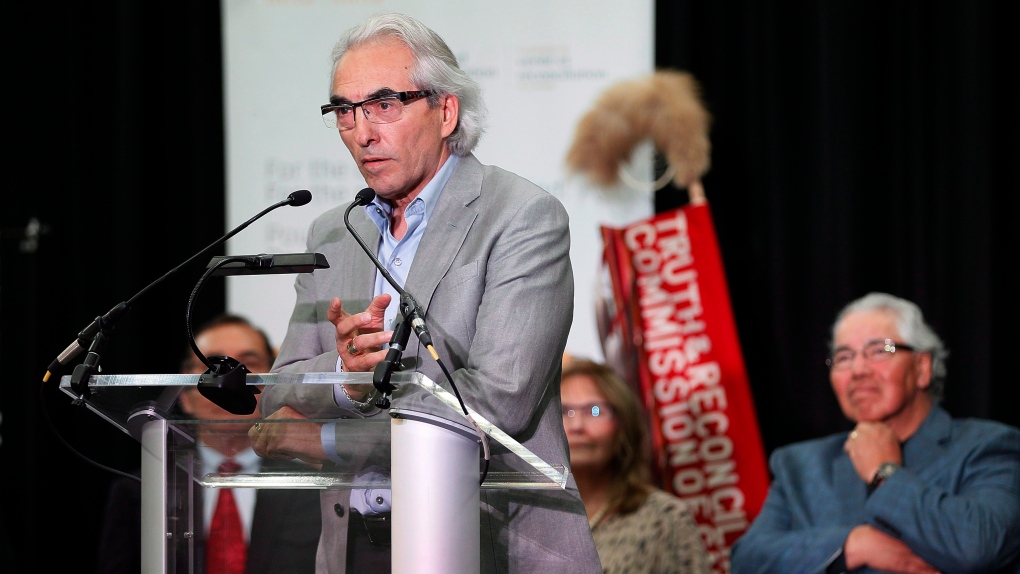 Phil Fontaine, residential school survivor and former National Chief, speaks at a signing ceremony in Winnipeg where The Truth and Reconciliation Commission of Canada signed an agreement with the University of Manitoba today, Friday, June 21, 2013, entrusting the University of Manitoba to host a National research Centre on Residential Schools. THE CANADIAN PRESS/John Woods
WINNIPEG -

A former Manitoba Grand Chief and residential school survivor has been appointed to a delegation meeting with Pope Francis.

On Wednesday, the Assembly of First Nations (AFN) Manitoba Region announced it had appointed Phil Fontaine to be the province's representative on the First Nations delegation travelling to the Vatican to meet with the Pope in December.

“Mr. Fontaine will participate in discussions regarding reconciliation with First Nations for the role of the Catholic Church in the administration of the former Indian Residential Schools, and the need for an official apology from the Pope on behalf of the Catholic Church," AFN Regional Chief Cindy Woodhouse said in a news release.

The delegation of Indigenous leaders is set to be in Rome from December 17 to 20 to meet with Pope Francis.