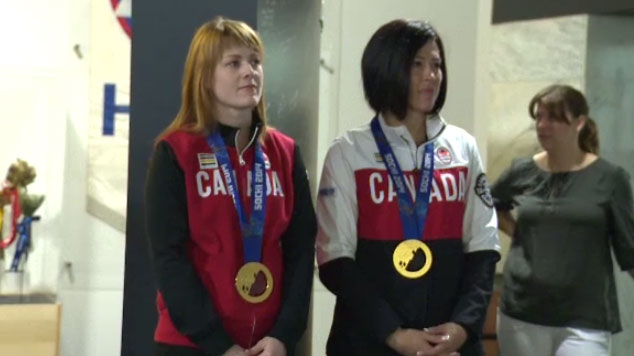 Christmas is still months away but Santa and Mrs. Claus stopped in Winnipeg to help launch the Santa Claus Parade.

Santa was on hand Thursday as the parade committee announced this year's parade marshals as Olympic gold medalists in curling, Team Jennifer Jones.

“I've been to the parade a number of times,” said Officer. “I now have a child of my own that's had the opportunity to come down and see the parade and I’m looking forward to be able to bring her down this year with our involvement."