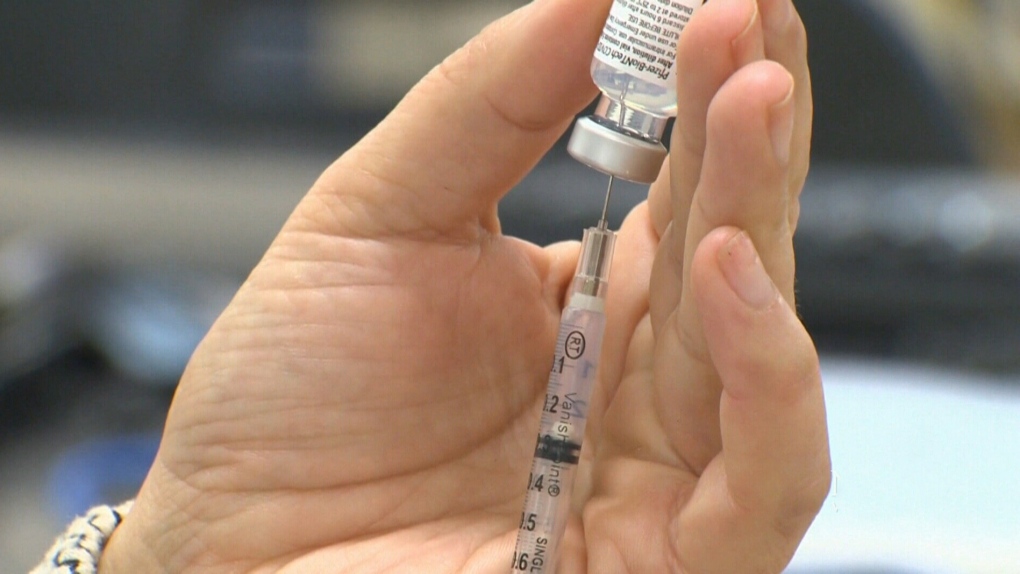 WINNIPEG -- Manitobans had the chance to put their questions directly to the top health officials in charge of the province's COVID-19 response and vaccine rollout.

The province's health minister, Heather Stefanson, also attended the town hall. Though she made some opening and closing remarks encouraging Manitobans to get vaccinated when eligible, she did not answer any questions.

WHEN WILL MANITOBANS BE ABLE TO GET A SECOND SHOT?

The province's health officials fielded many questions about the province’s delay for second doses.

One caller, a woman in her 80s, said she received her first shot four weeks ago, and is still waiting to hear when she can go for the second shot.

Health officials said it will be a while yet before the province focuses on second doses.

"What we are doing right now is we are trying to focus on getting the first shot for all Manitobans as quickly as possible," said Reimer, the medical lead for the vaccine taskforce.

"Rather than using up all of our shots available for second doses, we wanted to reach as many Manitobans as possible with the first dose."

She said public health has found the first dose provides protection against the virus. While Reimer said there is no specific date set for when second doses will continue, she estimated it to be sometime this summer.

"Once we've managed to get the first doses to all Manitobans who want them is when we will start to change and add in the second doses."

Botha, the operations lead for the vaccine taskforce, said there will be wide communication once second doses move forward.

HOW WILL MANITOBA EXPAND ITS VACCINE ELIGIBILITY?

With current vaccine eligibility limited to people 60 years of age or older, or 40 years of age and up for First Nations people, many questioned when eligibility will be expanded – especially now with more variant cases popping up that put younger age groups at risk.

Botha said the province expands age eligibility based on the number of appointments available and the supply of doses in the province.

He said the province will expand the age eligibility once appointments begin to open up within the current eligible age group, but said it is hard to predict when the eligibility will be expanded.

As for including other groups – such as essential service workers, teachers and younger age groups – Reimer said the taskforce is looking into it.

"Now that we have reached an eligibility of 60 plus, it is a great time for us to be looking again about what groups are at the highest risk of those severe outcomes," she said.

"If there is a clear trend that we see here in Manitoba, we can move to adjust our eligibility appropriately."

WHEN WILL MANITOBA RETURN TO NORMAL?

Roussin said the taskforce is focused on getting doses into arms as quickly as possible, and said the goal of this is allow Manitobans to return to normal.

"We will get back to normal. All pandemics end, and this is really the first time that we've had the ability to end it sooner," Roussin said.

The top doctor said right now, because the vaccine rollout is still ongoing, the province cannot lift health orders. He encouraged Manitobans to follow the fundamentals for a little bit longer.

"I know people are tired of hearing that, but we are looking at a really good summer if we can get many Manitobans vaccinated and keep this third wave at bay."