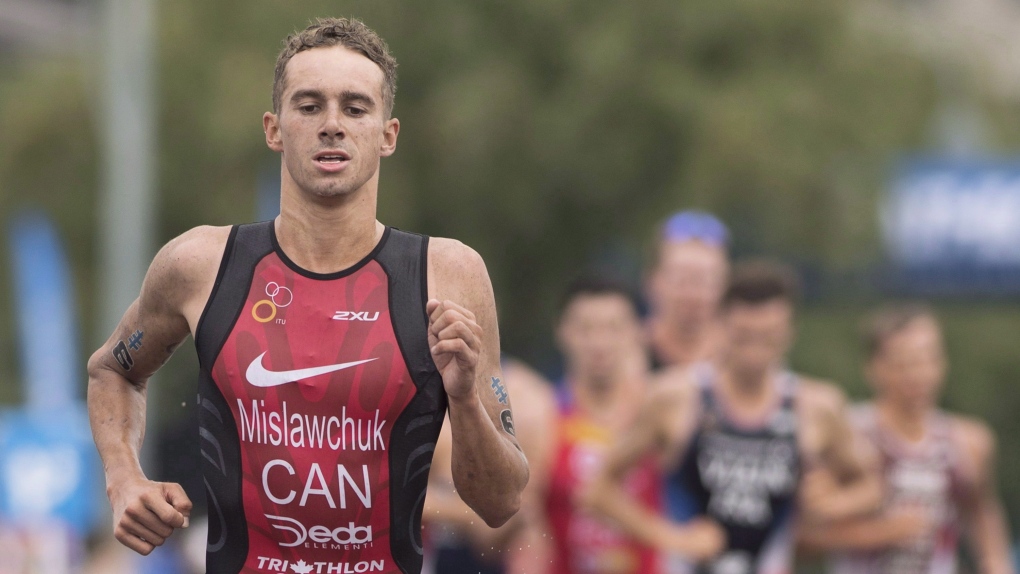 Manitoba's Tyler Mislawchuk has withdrawn from the Tokyo 2020 triathlon mixed team relay event due to an injury.

Team Canada confirmed Mislawchuk has withdrawn, citing an Achilles injury during his individual race earlier in the week.

"Since the completion of the individual race, we have been working with our medical team to mitigate the irritation in his Achilles tendon, but unfortunately there is still some risk of further damage to the Achilles should he start," Eugene Liang, Triathlon Canada’s high performance director, said in a news release.

"Tyler is a world-class athlete who is driven to perform. Our number one priority is to always protect the health of our athletes. This decision is not made easily in light of how competitive all our athletes are.”

Team Canada said Alexis Lepage of Gatineau, Que., will be joining Canada’s relay team. This will be Lepage's Olympic debut.

“It will be tough watching from the sidelines and not being able to contribute," Mislawchuk said in a news release, adding he knows Lepage is up to the task.

"I will be supporting my teammates in their final preparations, and will be cheering them on with the rest of Canada.”

Mislawchuk previously competed in the 2016 Olympics in Brazil, also representing Canada at the 2015 Pan American Games and the Commonwealth Games in 2018.

Inside an Ontario ICU where the COVID-19 patients are largely young, and all unvaccinated

The truth of the fourth wave of COVID-19 in Canada is starkly clear inside the intensive care unit at Hamilton General, where the majority of the COVID-19 patients struggling on life support are young — and unvaccinated.

The government of Alberta has joined other provinces across Canada in announcing a proof of vaccination program as COVID-19 cases continue to soar to well over a thousand per day.

Liberals and Conservatives tangled in a tie in the final days of campaign: Nanos

As the clock ticks down toward Election Day, neither the Liberals nor the Conservatives have managed to secure a comfortable lead and the two parties remain tangled in a statistical tie, according to the latest polling data from Nanos Research.

Ontario health officials are reporting more than 800 new cases of COVID-19 and three more deaths due to the disease.

A Nova Scotia man and his family took the trip of a lifetime to Newfoundland. The 89-year-old’s trip fulfilled a longtime dream of travelling outside of his home province.