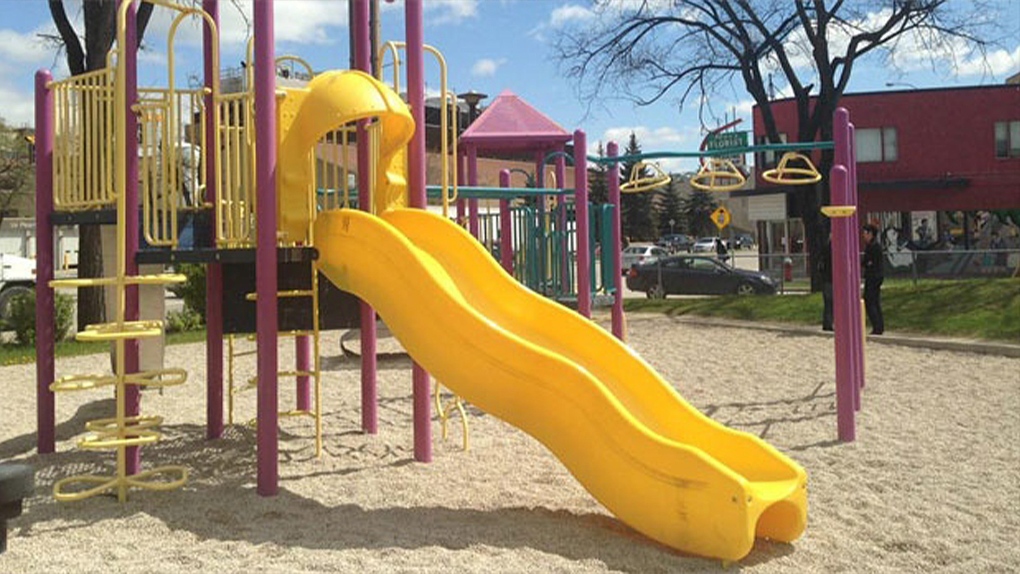 WINNIPEG -- Dozens of playgrounds and play structures across Manitoba are being closed to the public to stop the spread of COVID-19, as the pandemic continues.

A spokesperson for the WSD said the decision to close play structures comes at the request of the Manitoba School Boards Association, who is asking all divisions to close playgrounds and remove swings.

"We have requested that all school divisions proceed to close play structures (not the adjoining green spaces but the actual play structures themselves)," a spokesperson for the Manitoba School Boards Association told CTV News in a written comment.

"This is being advised, in order to help contain COVID-19 to the extent possible."

The spokesperson added that divisions will be looking at closing the playgrounds in the "nearest future."

"These structures are high touch areas and with the Public Health directive to maintain a 2-meter distance, we encourage parents, students and community members to instead use the open large spaces such as fields and parks," the River East School Division said in a written statement posted on their website.

The Province of Manitoba said it did not instruct school divisions to close the play structures, but said school divisions may have made individual decisions. The province added that the Chief Public Health Officer continues to “emphasize the need for social distancing, including outside.”

Ontario orders all non-essential businesses to shut down

U.S. approves limited use of chloroquine in COVID-19 fight, but caution still urged

'Knock, drop and go': No more signing for Canada Post packages at the door

Don't take your kids to a playground during COVID-19 pandemic, urges doctor

In global fight vs. virus, over 1.5 billion told: Stay home