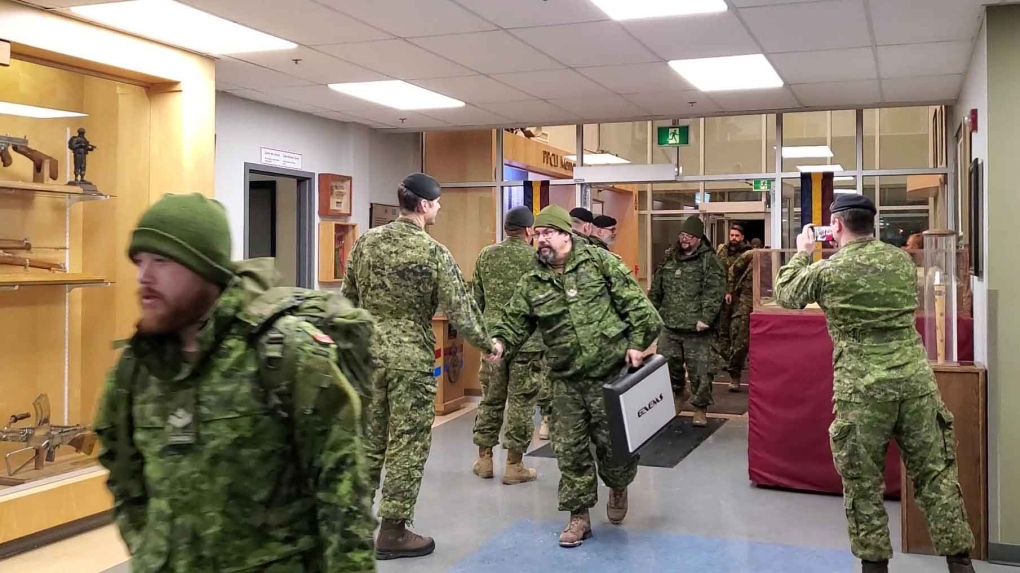 About 250 soldiers from CFB Shilo were deployed to Latvia in June as part of a NATO deterrence mission. (Source: CFB Shilo)

About 120 soldiers are back on Canadian soil after months spent overseas serving in a NATO deterrence mission against Russian aggression.

The soldiers were deployed in June as part of Operation Reassurance, a military activity launched in 2014 by Canadian Armed forces to support NATO’s assured presence and defence in eastern and central Europe.

The deployment came after Canada signed an agreement last summer to upgrade the NATO battlegroup it leads in Latvia to a brigade, a move that signalled a commitment to the military alliance.

The returning soldiers were part of a battlegroup comprised of about 2,000 troops, including 700 Canadians, and is one of eight combat units in eastern Europe designed to deter and defend against Russian invasion.

A government spokesperson notes another 100 or so soldiers from CFB Shilo departed this week for Latvia as part of the next contingent. They are expected to serve in the Baltic nation until May or June of 2023.

- With files from the Canadian Press

Thinly stretched rescue teams worked through the night in Turkiye and Syria, pulling more bodies from the rubble of thousands of buildings toppled by a catastrophic earthquake. The death toll rose Wednesday to more than 9,500, making the quake the deadliest in more than a decade.

Federal Health Minister Jean-Yves Duclos will ask the provinces today whether or not they intend to accept the new health-care funding deal tabled by the prime minister.