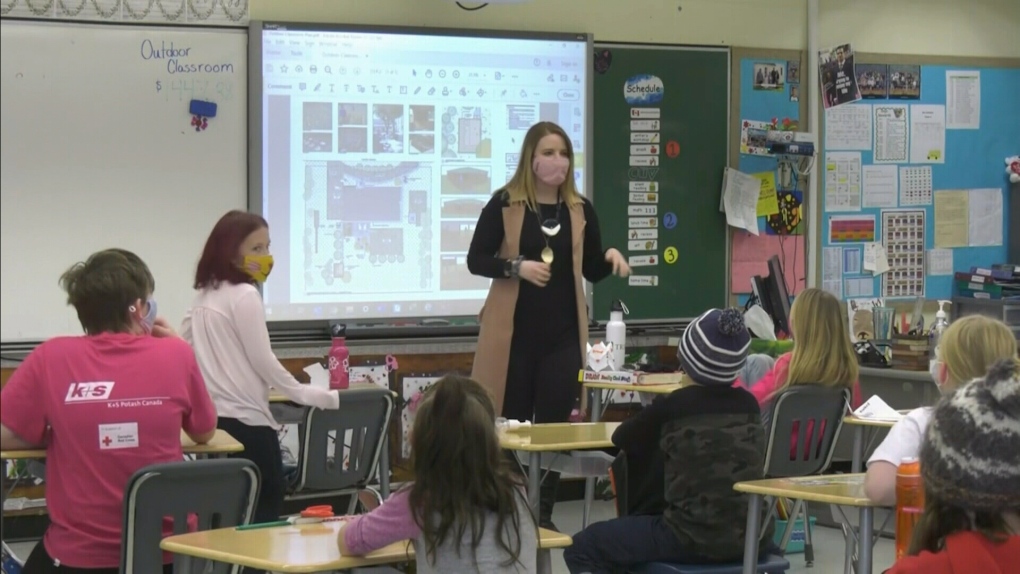 Students and teachers returned to the classroom on Monday after a week of remote learning following the holiday break.

The remote learning period was required by the province so school divisions could beef up safety measures amid the surge of the Omicron variant.

There were mixed feeling among students and parents about returning to school.

"Quite anxious about her going back to school," one parent told CTV News.

"Worrisome but hopefully, hopefully things will go in a good direction," another parent said.

Some students are happy to be back as they have missed the social aspect of school, while others feel more focus should be put on the safety of students.

"I know they really want to get people back in school but it's important, like I said, to think of safety," said Chloe Robinson, who goes to River East Collegiate.

Some students decided to hold a walkout over the return to school as they want more safety measures in place and say remote learning should still be an option.

"The Omicron surge is going to come in two to three weeks and if we're all stuck in school, we'll fall ill and no one will have education," said Brie Villeneuve, a Grade 12 student at Grant Park High School.

But others felt the return to class is safe.

"I don't agree with (the walkout) because we've been online for quite a while now and it really affects my mental health and my ability to perform in school properly," said Lexus Mackenzie, another Grant Park student.

Like some of the students, teachers also have concerns over safety and worry about staff shortages.

"I know we have members out there who are worried in two, three, four days, they're going to be ill with COVID," said James Bedford who is the president of the Manitoba Teachers' Society.

A statement from Education Minister Cliff Cullen said a lot of work has been done to improve school safety, which includes distributing 700,000 rapid tests, an additional five million masks and ventilation improvements.