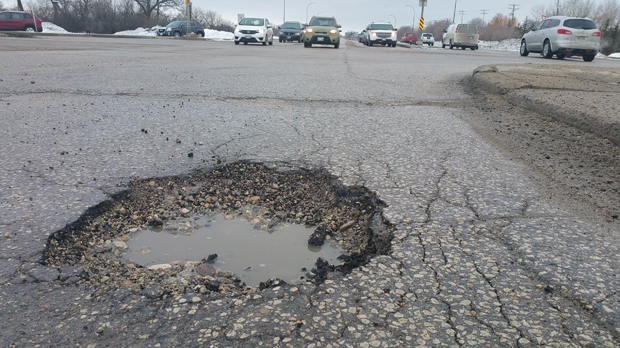 A pothole on a Winnipeg street. (Daniel Timmerman/CTV Winnipeg)

As Manitobans continue to deal with pothole problems on the roads, the Manitoba government is set to make an announcement that could provide some help for the future.

On Monday at 9 a.m., the province is set to make an announcement regarding support for road repairs.

Last week, the City of Winnipeg confirmed its crews have started to repair the potholes that emerged during the spring melt.

The city said this will likely be a record year for pothole repairs, as it’s fixed more than 46,000 so far.

The city has also received 5,060 pothole related requests this year.