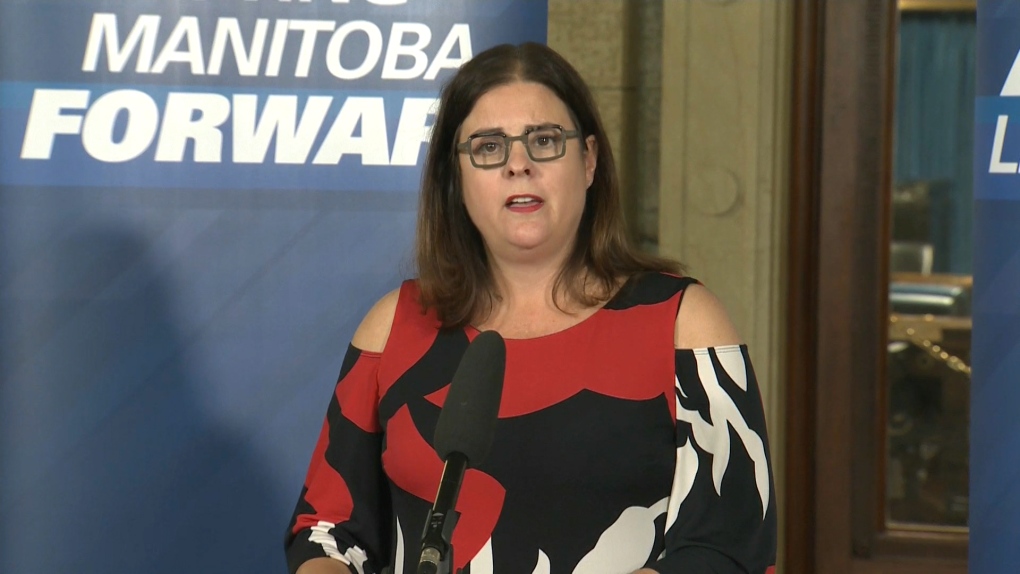 Families Minister Heather Stefanson announced on Tuesday the practice of birth alerts will be ending on June 30 in Manitoba.

WINNIPEG -- The Province of Manitoba has announced it will end the controversial practice of birth alerts and will instead referring vulnerable mothers and their children to social services and programs.

On Tuesday, Families Minister Heather Stefanson and executive director of the Mount Carmel Clinic Bobbette Shoffner announced the changes to the birth alerts will take effect on June 30.

"Our government believes that strong families are the cornerstone of our province and we understand that to strengthen our families we need to ensure they are supported by the community organizations that serve at-risk parents and children each and every day in our communities," Stefanson said.

This came after the province previously announced it would put an end to the practice, which allows hospitals to flag new mothers to child welfare agencies, on April 1. That deadline was pushed back due to the spread of the COVID-19 virus.

At the time, Stefanson said Manitoba would end birth alerts once it’s safe and feasible to do so.

Under the new system, Stefanson said Manitoba Child and Family Services (CFS) agencies will now be able to refer more women to programs, which will allow for the shift away from the birth alerts.

One of the programs included in this referral list is the Mount Carmel Clinic's Mothering Project (Manito Ikwe Kagiikwe).

The province announced it is investing $400,000 to double the capacity of the Mothering Project which helps connect vulnerable mothers with services and programs to support health and wellness for themselves and their children.

The province said this funding allows the program to serve up to 200 families by adding four new staff. The Mothering Project will now include a CFS liaison that will help with the referral process.

Those eligible for the program are women who are pregnant or have had a child in the past year and are considered vulnerable. The province said this could be due to substance use and addictions, homelessness or risk of homelessness, involvement with the child welfare system, or a high risk of having a child taken into care.

The province said it will also commit to giving $350,000 annually to Mount Carmel Clinic beginning in 2021-22 to ensure the expanded services continue.

"The success and importance of this program is difficult to describe as I find it challenging to put into words the enormous impact it has had on so many families' lives," Shoffner said.

"It has been proven time and time again the negative impact that comes from children being taken from their families and put into care – the ending of birth alerts is a huge step forward in changing policies to better reflect the needs of our families."

She said this funding should be looked at as an investment in the children and youth in the North End.

Grand Chief Jerry Daniels of the Southern Chiefs’ Organization (SCO) said the news birth alerts would be ending is 'a welcome beginning' after calling for changes to the practice for years.

“SCO welcomes the end of a destructive and harmful policy that took babies from the arms of their mothers in the hospital,” Daniels said in a news release.

"When Indigenous women and families are supported in their healing and ability to parent, outcomes for the most vulnerable children in Manitoba are guaranteed to improve over time.”

The SCO said it has been advocating for Indigenous families to be provided with supports and services to keep the family unit safe, instead of apprehensions that result in the child being placed into care.

While the end of birth alerts is something Bernadette Smith, NDP MLA for Point Douglas, has calling for, she said it should have ended a long time ago.

According to NDP, Smith introduced a bill in March 2019 that would have ended the practice of birth alerts, saying a child can't be found to require protection only because their parent or guardian is receiving or had previously been receiving care of an agency, treatment centre or director.

"The Pallister government had an opportunity to end birth alerts more than a year ago when we introduced a bill in the House. Instead they waited another 11 months to announce any action then delayed it yet again in the middle of a pandemic," Smith said in a written statement.

Smith said it is now more important than ever that families stay together and get the support they need.