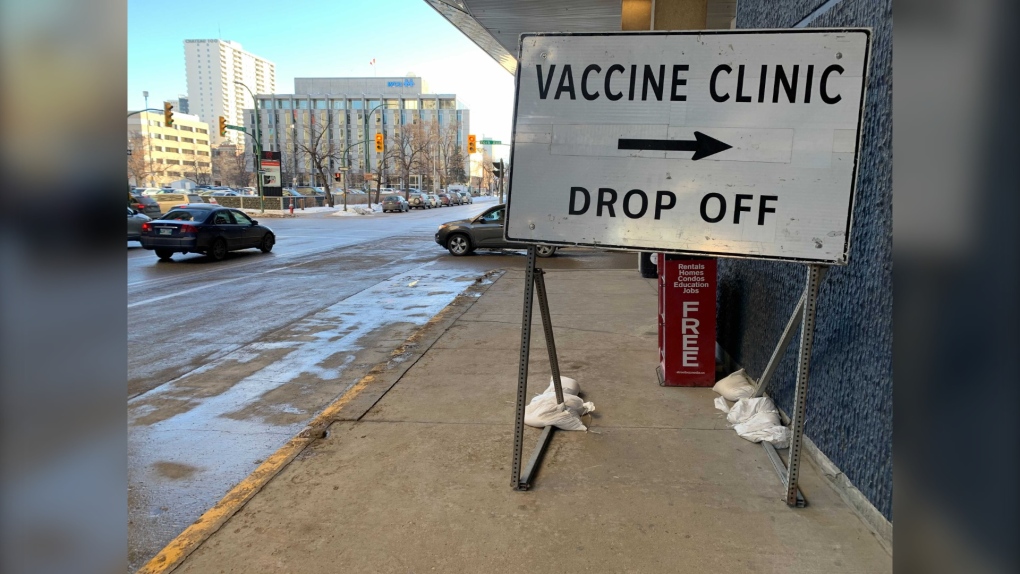 The drop off to the COVID-19 vaccination super site at the RBC Convention Centre in Winnipeg on January 4, 2021. (CTV News Photo Jamie Dowsett)

WINNIPEG -- Manitoba is still prepared to vaccinate 4,000 people despite the announcement from Pfizer last week that there will be a shortage of doses in the next month.

Dr. Joss Reimer, medical officer of health and the head of the Vaccine Task Force, said when the news first came out about the shortage, they pressed the pause button on bookings until there was more information.

"Thankfully, we did not need to cancel any appointments that were already scheduled," said Reimer.

The task force was told it would receive 28,000 fewer doses than first expected over the next four weeks.

Reimer said after the task force went over the numbers on the weekend, they determined Manitoba still could vaccinate another 4,000 people and that will take place this week and next week.

"Every Manitoban who already has an appointment to be immunized can keep that appointment whether it is for a first dose or second dose," she said.

Reimer said this is possible because of the planning done by the taskforce.

"We did not over extend, we did not assume the future supply would arrive."

Reimer called the delays disappointing but wants to remind Manitobans that the second the province has more supplies, they will get it out as soon as possible.

Even though there will be a delay in administering this vaccine to most Manitobans, Reimer said this won't affect the vaccination process in personal care homes.

She said the plan is to have the first dose administered in all personal care homes by the end of next week.

"I am confident that our plan is sound. We are not willing to sacrifice safety for speed. Our program will continue to move forward as supplies are available,” Reimer said.

Reimer also said the province will be able to move forward with the next supersite as well, but with some changes.

"We are also planning to go forward with opening the site in Thompson on Feb. 1, but this will be on a temporary basis while supplies are in place to run that site."

She did note the Vaxport part of the Thompson site will not open right away as they wait for more supply of the vaccine.