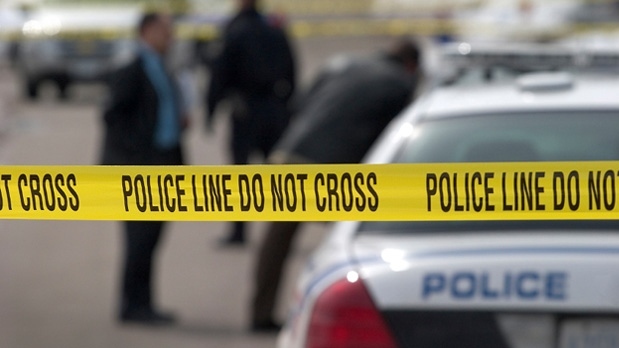 WINNIPEG -- The province has announced it will be using nearly $160,000 from proceeds of crime to support community crime prevention programs.

On Friday, Manitoba Justice Minister Cliff Cullen announced the province will be using money from the Federal Proceeds of Crime Fund (FPOC) to help the community-based initiatives.

The FPOC fund uses forfeited proceeds of crime from the prosecution of federal offences in Manitoba.

"This is money that we are taking through illegal activity and we are re-investing it in community-based crime prevention programs to support public safety throughout the province," Cullen said during a telephone news conference in Brandon, Man.

Cullen said the Citizens on Patrol Program (COPP) will be receiving a $110,000 grant, which will be used to buy safety items, including high visibility vests. The crime prevention initiative has volunteers help deter crime by "serving as additional eyes and ears for their communities and local law enforcement," the province said.

Hindemith said the funding will allow COPP to support communities who want to have this program in place through supplying vital patrol equipment, training resources, and community crime prevention signage.

"Crime prevention is absolutely a police-community partnership, and working together we can help reduce crime by watching and becoming more proactive in reporting suspicious activities within the community," Hindemith said.

Hindemith said there are 55 COPP groups, with more than 500 members, though there has been 'tremendous' interest to form new COPP groups in communities in southern Manitoba, as well as in Winnipeg.

Crime Stoppers will also be receiving money from the province.

The remaining $12,000 will go towards Manitoba Crime Stoppers.

"It's a joint effort. It wouldn't be possible without the support of the province,” said Rick Thomson, chair of the Brandon Crime Stoppers.

Thomson said the funding will allow for Brandon Crime Stoppers to be more visible in the community and to provide information to various school programs.

"Crime Stoppers pays cash rewards for information that leads to the solution of crimes and is a combined effort with police, media and the public," Cullen said. "This funding will help support and ensure they have the tools they need to help public safety initiatives across the province."

The province said in addition to the FPOC fund, Manitoba has the Criminal Property Forfeiture Fund, which compensates victims, provides funding to the Victims' Assistance Fund, and invests in specialized equipment, training and community initiatives for law enforcement agencies.

The province said since 2011, it has distributed $16 million through the Criminal Property Forfeiture Fund, which includes the FPOC fund.