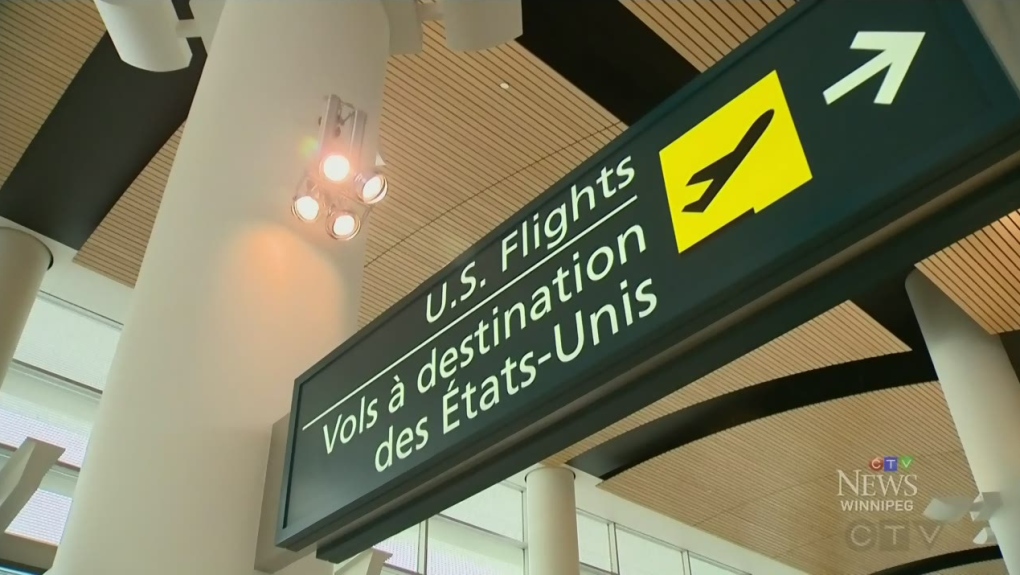 WINNIPEG -- The Province of Manitoba is warning people not to travel outside the province for non-essential reasons, as the country identifies several cases of a new COVID-19 variant.

It's been little more than a week since the first cases of the new, more contagious variant of COVID-19, which was identified in the United Kingdom (U.K.), was first reported in Canada among a couple in Ontario.

The federal government has put a travel ban on all flights arriving from the U.K., and now the Province of Manitoba is sending out its own warning.

"Manitoba public health officials strongly advise that travel out of the province should be limited to essential purposes only," the province said in a news release, adding while the new variant may be more transmissible, at this point there is no evidence it causes more severe symptoms or impacts the vaccine.

"Manitoba public health officials are reminding all international travellers to be tested for COVID-19 immediately upon arrival in Manitoba, regardless of if they are displaying symptoms and whether they are visiting the province or are returning from out of the country."

The province said travellers should self-isolate as soon as they get back to Manitoba, and make an appointment to be tested. Those travelling to Manitoba from outside the country need to self-isolate for 14 days regardless of their symptoms or test results.

Dr. Brent Roussin, the chief provincial public health officer, said international travellers should inform testing sites that they have travelled. He said this is so the province can monitor potential cases in travellers.

"Those individuals who have tested positive for COVID-19 and have had close contact with an international traveller should identify this contact to Public Health as well," said Roussin.

Manitoba also recommends travellers be tested again after seven days, even if they are asymptomatic.

"Individuals who test positive for COVID-19 and have had close contact to an international traveller should identify this contact to public health during the public health investigation and follow-up."

The province said testing for the new variant takes time, and said it will not be known when the COVID-19 test results are first available. It said if the variant is detected in the test results, public health may do more follow-up with contacts.

When asked if the province is testing every single test for the new variant, he said right now they are focused only on those who are related to travel.

"As far as strain goes, it is not straining necessarily our public health response to public health testing, it is separate to that. Obviously, any additional work has some impact but it is not putting additional strain on our testing sites or testing capacity at this point."

Roussin also mentioned that at this time the testing rule has not been officially mandated in a public health order.