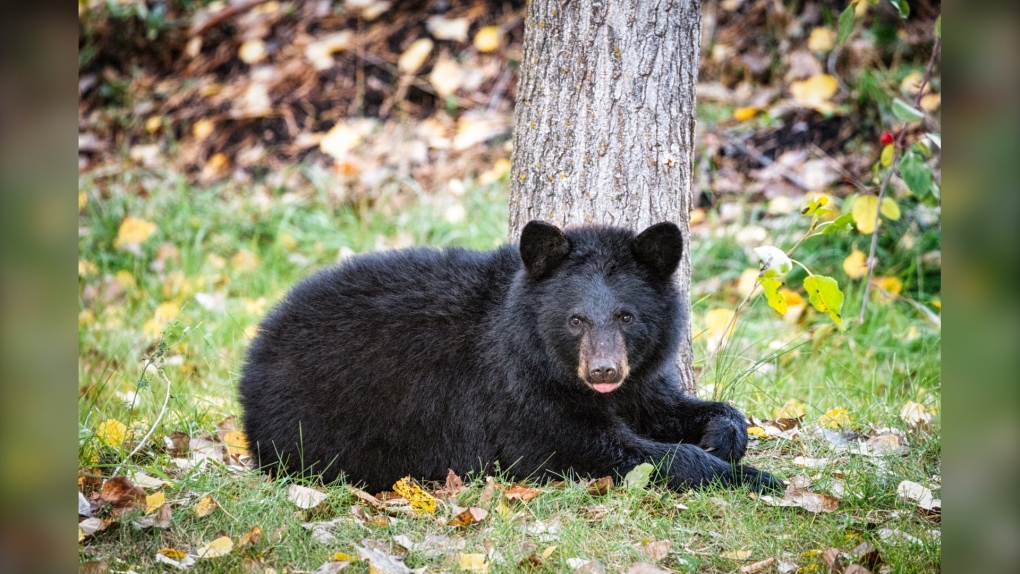 A Manitoba woman had an unlikely visitor in her front yard on Tuesday – a little black bear cub.

Shannon Bileski, who lives in the East Selkirk area, said she noticed her dogs causing a ruckus around 3 p.m. on Tuesday.

When she came downstairs to see what was going on, she saw a bear in her front yard.

“He kind of propped himself up against the tree and he was looking pretty cute,” Bileski said.

“So he was eating some apples and just enjoying his meal for the day.” 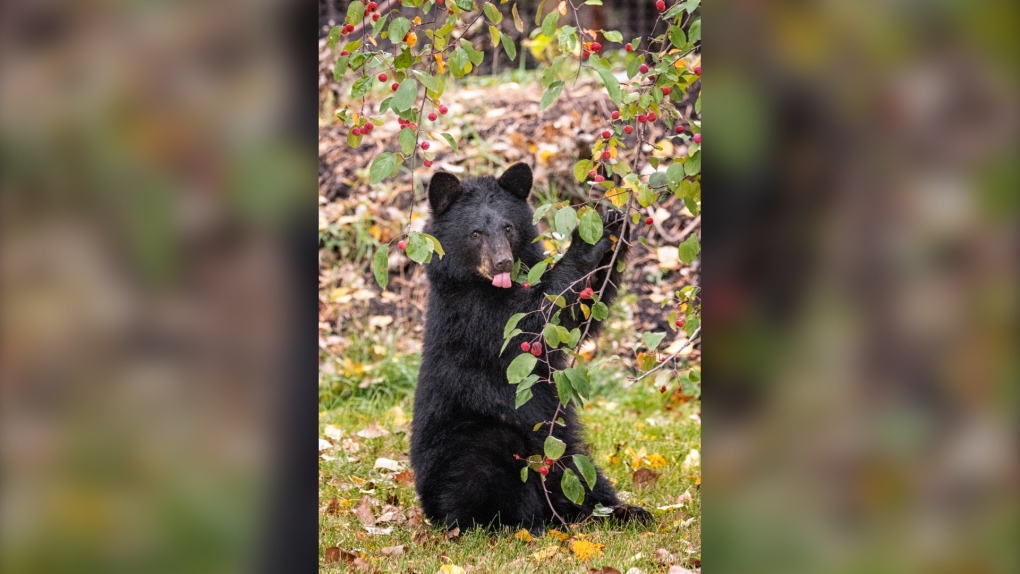 Bileski noted the bear climbed up a tree and took a nap. She said the cub was still in the yard when she went to bed on Tuesday night.

“Just in the yard, by the tree, just hanging out,” she said

“Every now and then he’d go and eat some apples. We’ve got a little crab apple tree.” 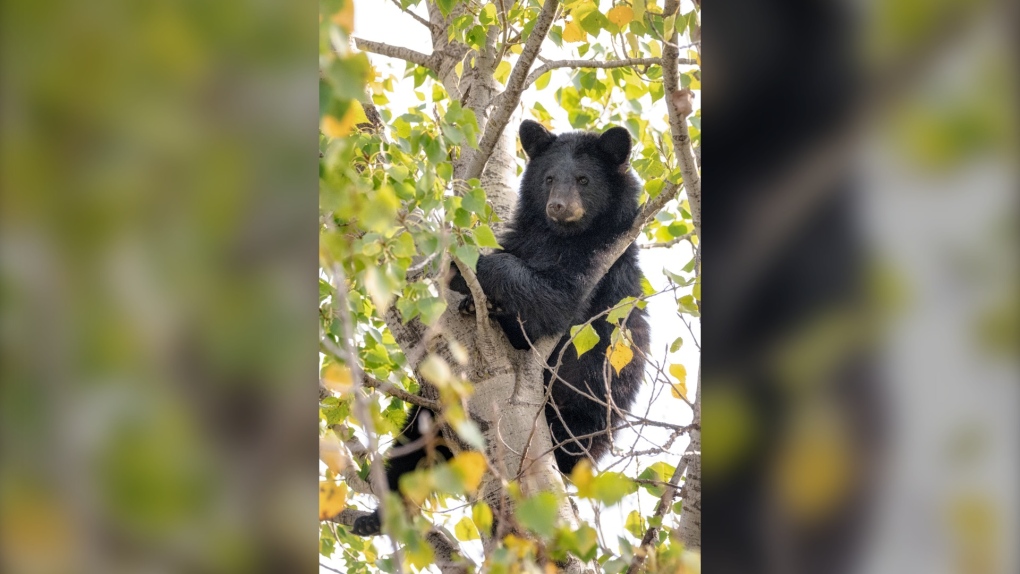 Bileski said the bear was calm, but was a bit spooked by the traffic driving by.

“Every time the traffic went by and it was a little bit louder, he would try to go up a tree and have a safety net if he needed it,” she said.

“He wasn’t concerned too much with the dogs barking. The dogs were in the house and they were both barking their heads off.” 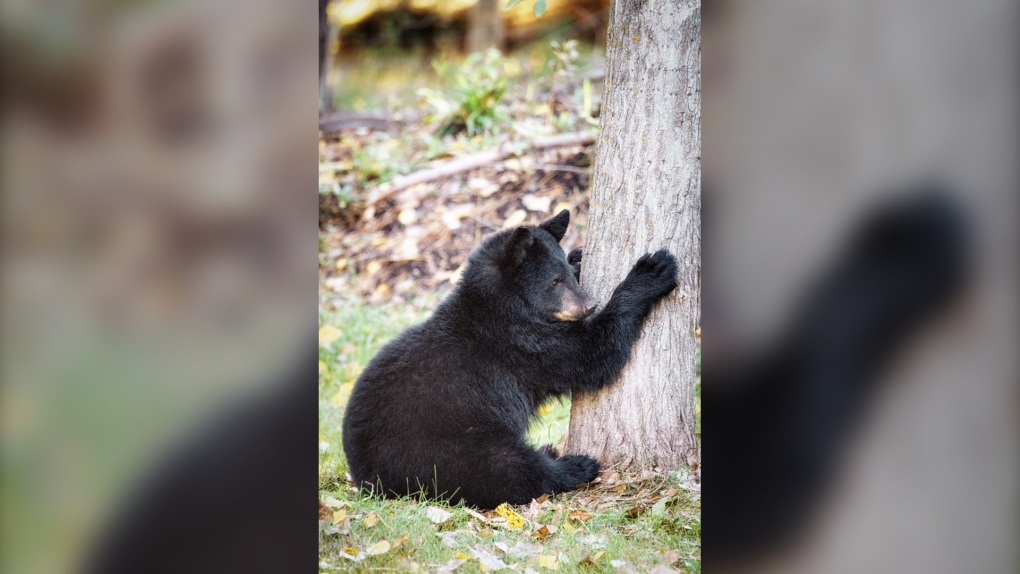 Bileski, who is a photographer, said when she saw the bear, she went and got her camera.

She noted she wasn’t too concerned for herself at the sight of the bear, but rather she was worried for the animal.

“I think the reason why we’re seeing more of these guys is just the drought. There are just no food sources, so they’re trying to find it elsewhere,” Bileski said. 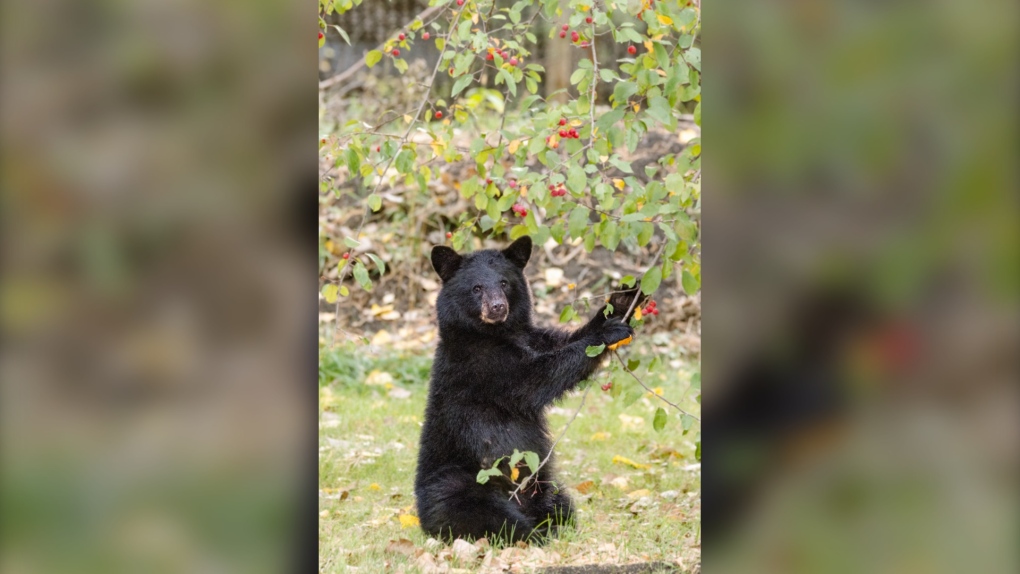 Bileski noted that it is not entirely uncommon to spot bears in the area, but this was the first time she’s had one in her yard.

“I’ve been here six years now and we’ve never had them eating the apples. We’ve seen traces of them.” 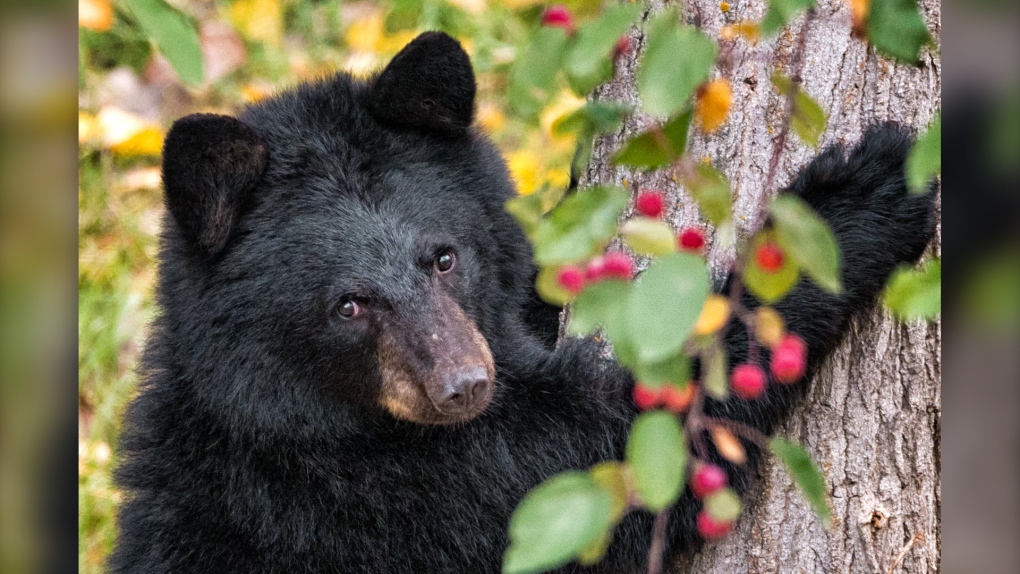