Manitoba woman turns love of puzzles into side hustle

You can start from the centre, attack from the side, sort by colour or shape, but there is no puzzle etiquette according to Marla Aronovitch, the owner of Marla’s Puzzle Pantry.

However, there is one exception to the rule; Never hide puzzle pieces from the person putting it together.

Aronovitch should know. She took her love of puzzles to the next level and started a mobile store that takes puzzles to the country where access is often limited.

“I load my car up with my puzzles and I go out to Rosenort, St. Malo, St. Adolphe, Winnipeg Beach,” said Aronovitch.

The list goes on. From April to December, she spends most of her weekends on the road hitting various markets to peddle her puzzles.

“For me, it’s about bringing to people the choice, the selection,” said Aronovitch.

It was not until around the age of 30 that Aronovitch took up puzzling in earnest and it came from a drive to get better at visualization.

“I’m somebody who could never be an interior designer, I can’t move a wall and tell you how it’s going to look and puzzles help with that,” said Aronovitch. “It’s sort of that dimension kind of thing, of what sort of fits where.”

Her interest grew until the need for new puzzles gave way to buying in bulk.

“From there it was like well, so why don’t I go into the business and buy them wholesale and keep the ones I like and sell the other ones?” Aronovitch said.

At first, the endeavour was limited. Most puzzle vendors required a business licence to sell wholesale which was something Aronovitch did not have.

A workaround was to find an unlikely storefront to purchase through and sell the extras; a friend’s lingerie store. The arrangement worked and the puzzles were sold both in-store and at markets.

An unlikely sales boost came with the arrival of the pandemic with March/April 2020 sales eclipsing $5,000, but it came with supply chain challenges that continue to this day.

“There was so much demand for puzzles globally that they couldn’t produce them at the rate they need to produce them,” said Aronovitch. 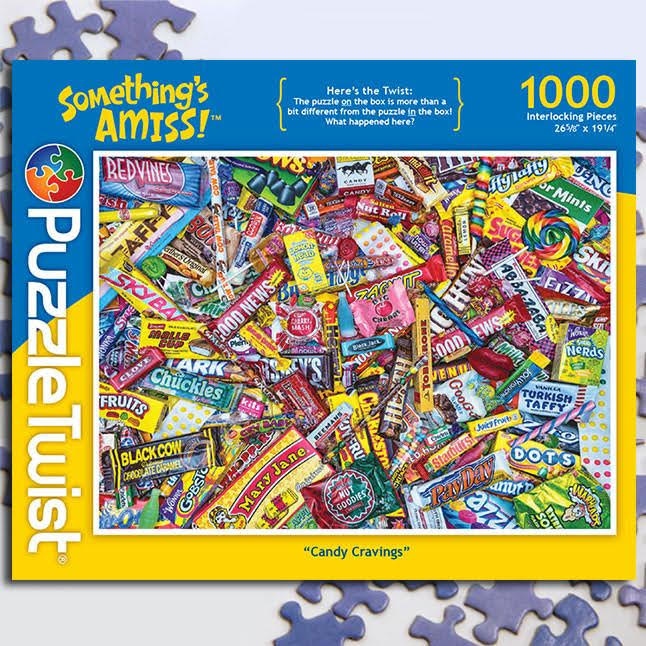 At any given time, Marla’s Puzzle Pantry keeps about a thousand puzzles in its database, ranging from a child’s 24-piece floor puzzle to a 6,000-piece mega puzzle. They can come in panoramas or even with twists where the picture on the box does not match the image of the puzzle.

She has shipped to places like Los Angeles and Vancouver and has fielded inquiries from as far away as Australia, but caters predominantly to local customers.

“I do it because I love puzzles. I really enjoy choosing the puzzles. I enjoy doing them. I have a puzzle table that I’m constantly working on puzzles at night on,” Aronovitch said.

“And I love meeting the people and the different stories I get from people and when people show up at a vendor market and they have the list of the puzzles they want.”

Puzzles can also bring people together. Aronovitch said she often has one sitting out unfinished where visitors can take a turn and place a piece or two.

She tells the story of her once teenage son who took a picture of his two friends sitting at the puzzle table staring blankly for 15 minutes, unable to find a piece to place.

“And that’s why I like puzzles because if we can get kids off of their phones, off of their video games and using different parts of their brain it’s just a benefit,” said Aronovitch.

Right now, there are no plans to expand the business with Aronovitch already having a full-time job in addition to her side hustle. It is not surprising seeing in her busy season she can hit as many as three markets in a single weekend.

Monkeypox in Canada: Act now to stop it, expert urges, before it's too late

With 26 cases of monkeypox now confirmed in Canada, health officials warn that number will likely grow in the coming days and weeks. However, one expert says the outbreak can be stopped if the country works quickly to get it under control.

Canada's highest court has ruled that Alexandre Bissonnette, who murdered six people at the Quebec City mosque in 2017, will be eligible for parole after 25 years.

Federal Public Safety Minister Marco Mendicino will table new firearms legislation as early as next week, according to advance notice given to the House of Commons.

One man is dead after being shot by police near a Toronto elementary school on Thursday afternoon. The incident sent hundreds of students into lockdown.

Former Canadian gymnast Abby Pearson Spadafora said on Thursday she had suffered years of abuse at the hands of Olympic coach Dave Brubaker and his wife Elizabeth and called for an independent investigation of the sport.

Ancient volcanoes may have created a rare resource for lunar explorers

Ancient volcanic eruptions on the moon could provide an unexpected resource for future lunar explorers: water.

The National Rifle Association begins its annual convention in Houston on Friday, and leaders of the powerful gun-rights lobbying group are gearing up to "reflect on" -- and deflect any blame for -- the deadly shooting earlier this week of 19 children and two teachers at an elementary school in Uvalde, Texas.

A recent survey of Canadians and Germans shows both groups hold largely favourable views of NATO, at a time when more countries are looking to join the military alliance amid Russian President Vladimir Putin's war in Ukraine.