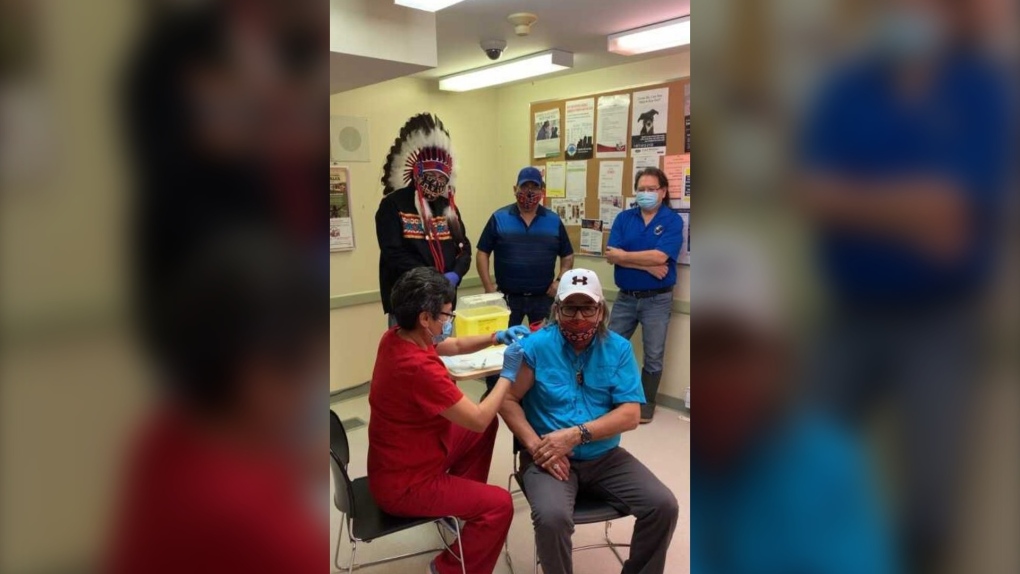 WINNIPEG -- Manitoba health officials are working to address the growing number of COVID-19 cases among Manitoba’s First Nations population, and said the work continues to bring the vaccine to the communities.

“I think we take that into account, obviously, when we’re looking at strategies to mitigate COVID-19 spread on Manitoba First Nations,” he said.

Atwal said the province is working with the PRCT to help with testing and working on a strategy to get people in the communities immunized. The first doses of the Moderna vaccine arrived in Manitoba last week, with approximately 5,300 earmarked for residents of First Nations communities.

A spokesperson with Manitoba Keewatinowi Okimakanak (MKO) said 17 Manitoba First Nations have received a shipment of the COVID-19 vaccine, including doses for every resident living in a long-term care home in the communities.

MKO Grand Chief Garrison Settee is applauding the effort being made to get the vaccines into the communities first.

“Our chiefs advocated to make sure that our people were considered, that we are not marginalized, and now it is happening," he said.

Mervin Garrick, an Elder and councillor for Pimicikamak Cree Nation, was the first person on a Manitoba First Nation to get the vaccine, and since then, more Elders in the community have been getting vaccinated.

However, there is still some fear present among some community members.

"The fear is - why are they giving it to First Nations people first? Why do we have to be the first ones to try it?,” said Chief Leroy Constant with York Factory First Nation.

Constant added work is underway to educate people about the vaccines, the pros and cons, and noting the vaccine is being administered because the population is at a high risk of contracting COVID-19.

“A lot of money went into these vaccinations, they’re not something that they’re just going to stick in your arm,” he said.

Constant added if people in the community see there is no risk from the vaccine, they will follow suit and get vaccinated.

-with files from CTV’s Michelle Gerwing.