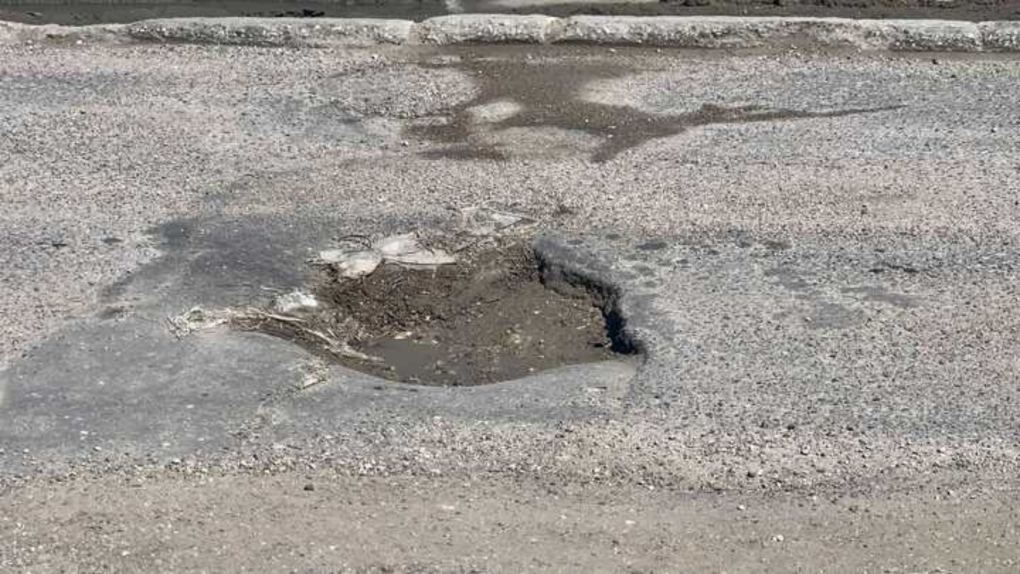 Provincial Road 307 – a road connecting Seven Sisters Falls through Whiteshell Provincial Park – has been given the infamous title of Manitoba’s worst road.

“There are a lot of reasons why Manitobans nominate something as the worst road,” said Heather Mack, CAA Manitoba’s manager of government and community services, at a Tuesday news conference.

“It could be potholes. It could be crumbling pavement. Those are the most obvious signs, but there are other issues like poor road signs or inadequate cycling infrastructure that they care about.”

CAA Manitoba announced the winner of its 2022 Worst Roads contest on Tuesday, saying this is the first time a rural road topped the list.

“Voters cited numerous problems [with PR 307], including crumbling pavement, roads that heave during the winter, potholes and other serious concerns,” Mack said.

“The road is also currently underwater, so it is vulnerable to the effects of flooding.”

A total of 417 roads were nominated as part of the campaign, with Winnipeg roads taking up six spots in the top 10 worst roads list.

According to CAA, Taylor Avenue, which was voted the worst road last year, dropped off the provincial top 10 list. However, it still made the list of top 10 worst roads in Winnipeg, which includes:

Roads that made the list for worst southern Manitoba roads are:

Other notable mentions include Lorne Avenue West being voted the worst road in Portage la Prairie and PTH 6 being voted Thompson’s worst road.

Manitobans voted PR 432 as Morden’s worst road and Loewen Boulevard as the worst road in Steinbach.

“Over the coming months, we’ll work with decision-makers to make sure that all of our nominated roads are on their radar,” she said.