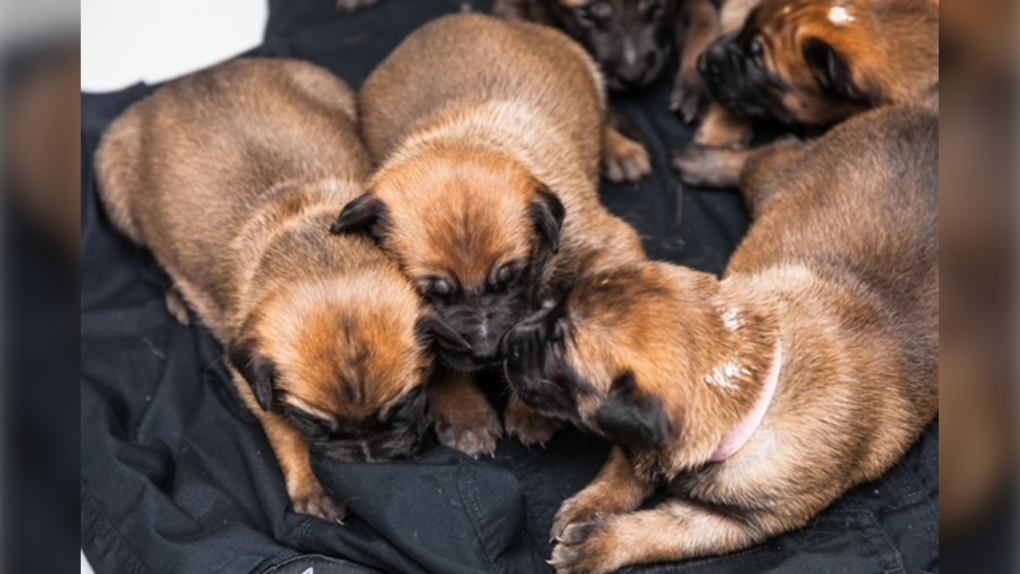 The puppies, along with their mom Ellie, are doing well.

Police said this is the first time a litter in its breeding program has been bred through artificial insemination, adding that this process allowed them to combine the traits of former police service dog (PSD) Judge and PSD Ellie.

Officers said they took samples from Judge nine years ago for future litters, because he displayed “highly sought-after traits.” During his 10-year career, he helped with more than 500 arrests and fathered more than 45 puppies, six of which work for the Winnipeg Police Service.

Then in May 2019, the K9 unit bought Ellie from a breeder in Minnesota. Police added she’s an “excellent” police service dog, which is why she was chosen to carry the litter.

Police worked in partnership with Dr. Erica Anseeuw and the Stonewall Veterinary Hospital to monitor Ellie for the procedure and pinpoint the exact 12-hour timeframe in which the procedure could take place.

“We are very thankful to all involved who ensured this was a success,” police said in a news release.

“Each of these pups will be trained as police dogs for our Service and other agencies.”

The Winnipeg Police Service in-house breeding program was created in 1999. The program has supplied dogs not only to Winnipeg police, but other police agencies, including in Salt Lake City, Plymouth, Minnesota and Western Canada. 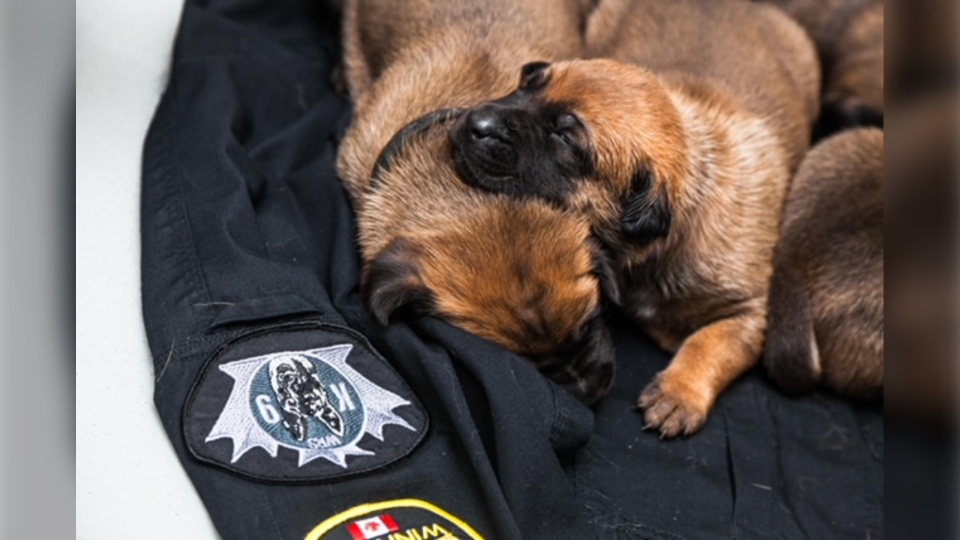