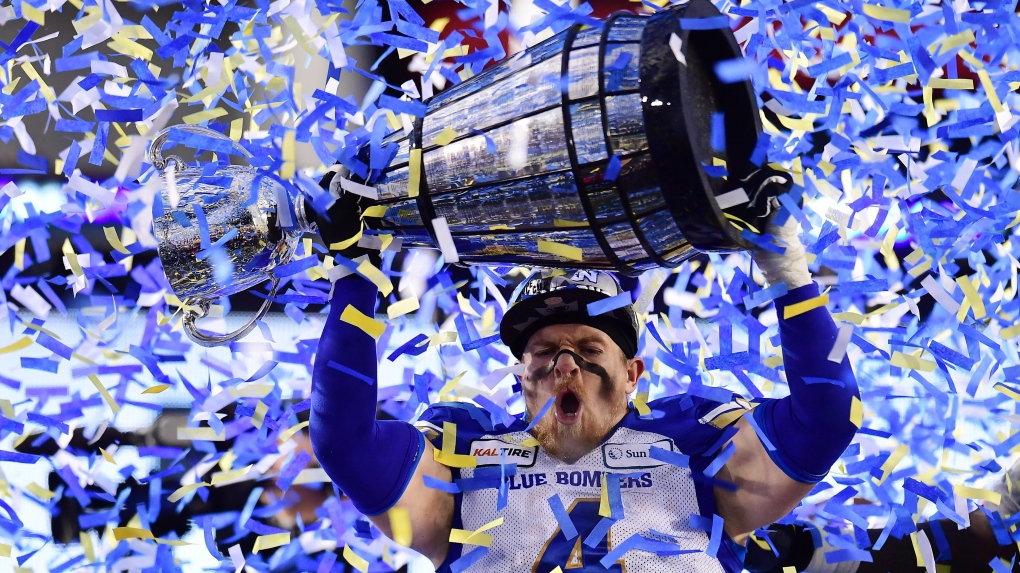 WINNIPEG -- The news of the CFL cancelling its 2020 season is still very fresh for players as the league made the decision on Monday.

Adam Bighill and Zach Collaros with the Winnipeg Blue Bombers spoke with media Tuesday morning about the recent announcement from the league and what the future holds.

Both Bighill and Collaros said they were disappointed to hear that there won't be a season as they said they felt ready to play.

Moving forward, neither player is sure what the league will look like come 2021.

"It's tough to really look at what the future is going to be with there still being so many unknowns," said Bighill.

He added that no matter what happens, a better relationship needs to be built between the CFL and the Players' Association (CFLPA), saying trying to negotiate a new collective bargaining agreement has been a difficult process.

"The CFLPA worked together in March amongst this crisis and we really didn't get an offer to sit at the table to talk until June. And then we didn't really get to look at a collective agreement until late July…There's a lot of things that could have been done earlier."

Collaros said there has been a lack of transparency from the league.

"We'll see how things shake out over the next couple of days and weeks. I can't give you a great answer of what I think the league will be like in 2021," said Collaros.

Just before the CFL made the announcement to cancel the season, the league went to the federal government asking for a $30 million loan.

Both players noted the league went to the government without consulting the players and without a concrete plan.

"It's kind of a microcosm of how this pandemic has been handled from leadership in North America. The transparency is not there, the communication hasn't been great and that needs improvement moving forward in 2021 if that is going to be successful," said Collaros.

Bighill and Collaros both added that many players throughout the league are now trying to figure out what to do now that there is no season and they said a lot of players are frustrated with how everything was handled.

"The disappointing thing is how guys were strung along. A lot of younger guys haven't made a good salary for a long time," said Collaros.

WHAT THE PLAN IS MOVING FORWARD

With no football since November 2019 and another season not likely to happen until 2021, Collaros and Bighill have some time on their hands.

When it comes to training and preparing for the next season, both said they expect to come back better and stronger because they will have so much time to improve their game.

Regarding their personal lives, Collaros said he is still waiting for his permanent residency to come through so he can stay in Canada.

Meanwhile, Bighill is going to continue to grow his second career as a financial advisor, noting it is important to have something in place for when his football career is over.

"That's the thing I try to share with players. I think this is an opportunity for everyone to start learning," said Bighill.

While there are still many unknowns for when the CFL will start up again, Collaros did have a question about being the defending Grey Cup Champions.