Meth believed to be found in stolen vehicle used in break and enter: RCMP 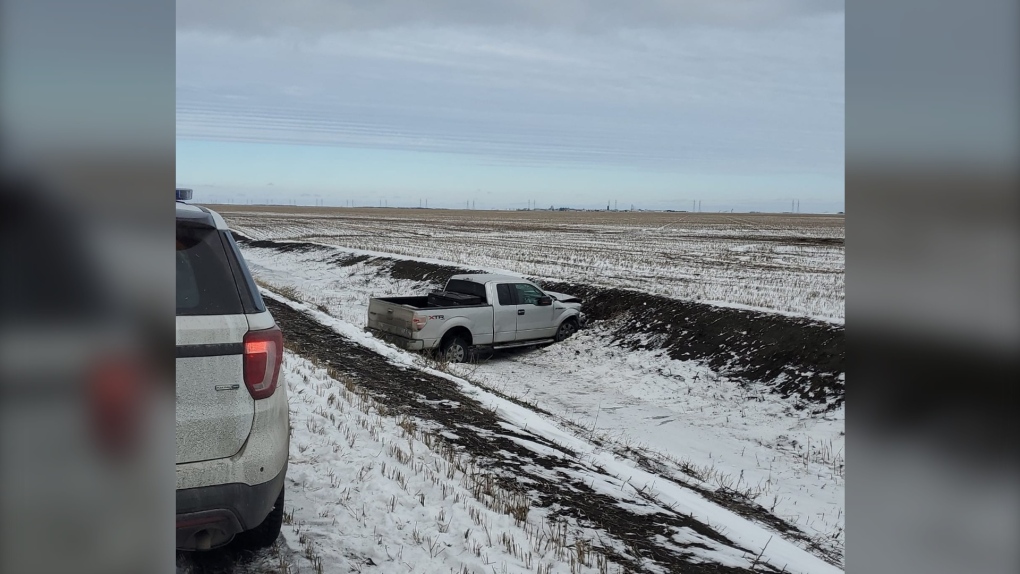 Police said the suspect vehicle was stolen from the R.M. of Springfield, Man., and a substance believed to be meth was found inside. (Supplied photo from the Manitoba RCMP)

WINNIPEG -- A substance believed to be meth was found inside a vehicle allegedly used in a break and enter in St. Francois Xavier, Man., according to RCMP.

Mounties said on Thursday around 10:30 a.m. officers responded to a report of a break and enter in progress at a home on Highway 26. Police said the homeowners, who were out of the country, were alerted by their security system that their home was being broken into. They called police and nearby relatives right away.

Family members showed up, and saw two people leaving the home with stolen items. Police said the suspects then drove away, and the relatives followed them while providing updates to officers.

Police found both vehicles on Highway 26, and said the two suspects then tried to get away by driving into a farmer’s field, where they blew a tire and struck an embankment. RCMP said they tried to run away, but were caught a short distance away.

Police said the suspects suffered injuries in the collision, and were taken to Health Sciences Centre, where they remain in stable condition. The Independent Investigation Unit, Manitoba’s police watchdog, was notified of their injuries during the pursuit, and is now investigating. It’s asking any witnesses or anyone with video footage that may assist the investigation to call 1-844-667-6060.

Police said the suspect vehicle was stolen from the R.M. of Springfield, Man., and a substance believed to be meth was found inside.

A 19-year-old woman and 27-year-old man, both from Winnipeg, are facing several charges, including break and enter, flight from police, and possession of stolen property. Police said they both also have outstanding warrants from other jurisdictions.