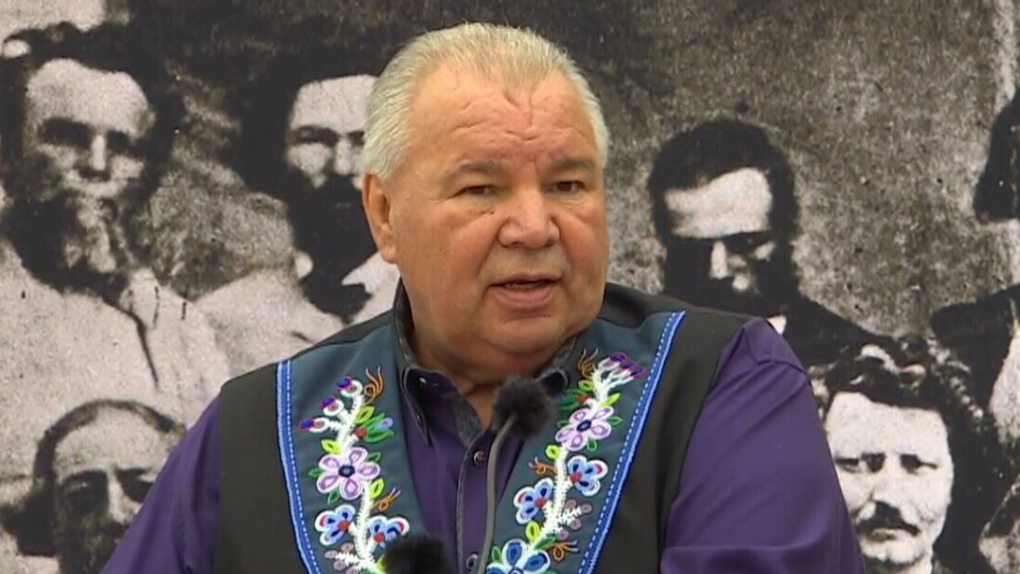 The Metis National Council has filed a lawsuit against its former president and the Manitoba Metis Federation alleging financial irregularities and questionable contracts.

President Cassidy Caron said there was a full review of the organization following her election last year.

"Almost immediately my eyes were opened to some, in my opinion, very concerning governance and financial practices and policies, or rather an apparent lack there of," Caron said in a video posted on the Metis National Council's social media Thursday.

A statement of claim, filed in the Superior Court of Justice in Ontario on Thursday, alleges the council's former leadership adopted a "scorched earth policy" upon their departure with a goal to create "severe financial and reputational" damage to the national council. It also alleges former leadership made deals to financially benefit themselves and others.

The national council is seeking $15 million in damages.

The lawsuit names Clement Chartier, who was president from 2003 until Caron's election last year, as well as the Manitoba Metis Federation and its president, David Chartrand, who served as vice-president of the national council under Chartier.

"There is no basis of fact of law in this. There's nothing. They just grabbed a big number out of the air," Chartrand said Friday in Winnipeg.

Chartrand called the lawsuit a vindictive attack in response to the Manitoba federation withdrawing from the national council on the eve of Caron's election.

Chartrand added the results of a two-year audit, done at the behest of the federal government, were released in 2020. Chartrand said the independent financial review couldn't substantiate allegations of financial mismanagement levied at that time.

The Metis National Council also includes provincial Metis organizations from Alberta, Saskatchewan, Ontario, and British Columbia. It was formed in 1983 to support the recognition and promotion of Metis people as a distinct cultural group with their own governments and needs.

Presidents of the Metis organizations in Saskatchewan and Alberta came out in support of the national council's move saying the allegations were distressing and transparency is needed.

"We cannot ignore what was found during an internal review. We are obligated to act," Glen McCallum, president of Metis Nation--Saskatchewan, said in a statement.

The lawsuit contains allegations that have not been proven in court.

This report by The Canadian Press was first published Jan. 28, 2022.

Conservative MP Ed Fast said it was becoming 'untenable' to do his job as finance critic within the Conservative Party of Canada, which is why he asked to be relieved of his duties.

Canada is banning China's Huawei Technologies and ZTE, another Chinese company, from participating in the country's 5G wireless networks, citing national security and cybersecurity concerns. Industry Minister Francois-Philippe Champagne and Public Safety Minister Marco Mendicino made the announcement about prohibiting products and services from these 'high-risk vendors,' in Ottawa on Thursday.

A leaked draft showing that the U.S Supreme Court justices are preparing to overturn the Roe v. Wade abortion-rights ruling has sparked debate in Canada, including whether Catholic hospitals can impede your access to abortion.

An independent group should review the use-of-force policy that guides New Brunswick police to ensure it is concise and understood by all officers in the province, a coroner's jury recommended Thursday.

A painting by Nova Scotia artist Maud Lewis that was once traded for a few grilled cheese sandwiches, recently sold for an astounding $350,000 at auction.

A charity that focuses on helping LGBTQ2S+ refugees facing violence and discrimination internationally is calling on the Canadian government to partner with them to facilitate a way out for hundreds of Afghans who have reached out to them in desperation.

Prince Charles says he and Camilla, the Duchess of Cornwall, were departing Canada with 'heavy hearts' and a deeper understanding of residential schools after their royal visit wrapped in the Northwest Territories.