Minivan driver hit in the face with a flying ice chunk: RCMP 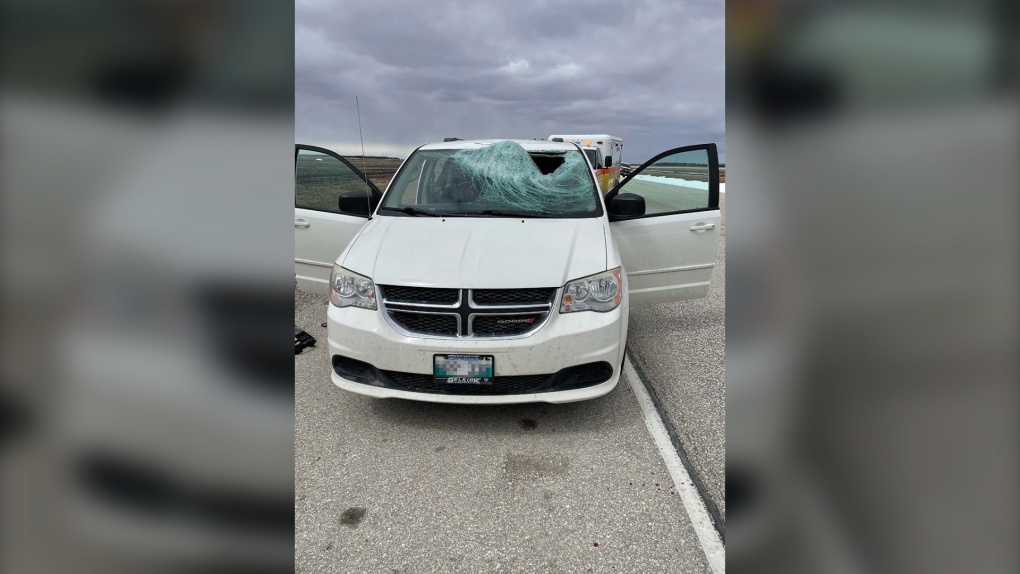 WINNIPEG -- A flying chunk of ice went through the windshield of a minivan, knocking out the driver as he was going down Highway 6 in Manitoba, according to RCMP.

Police said an investigation concluded that a chunk of ice fell from a dump truck as it passed the southbound minivan about four kilometres north of the Perimeter Highway at about 1:20 p.m. on April 19.

Investigators determined the ice fell when the truck was approximately two car lengths in front of the van, striking the 68-year-old male driver in the face. The passenger, a 61-year-old woman was able to grab the steering wheel and pull the van over safely.

The driver was taken to a Winnipeg hospital with serious injuries, after being helped by first responders on the scene. He remains in hospital in serious, but stable condition, RCMP said.

Both occupants of the minivan were from East St. Paul.

The RCMP reminds drivers to make sure their vehicles are clear of all snow, ice and other debris before hitting the roads, saying at highway speeds, it could become a deadly force.