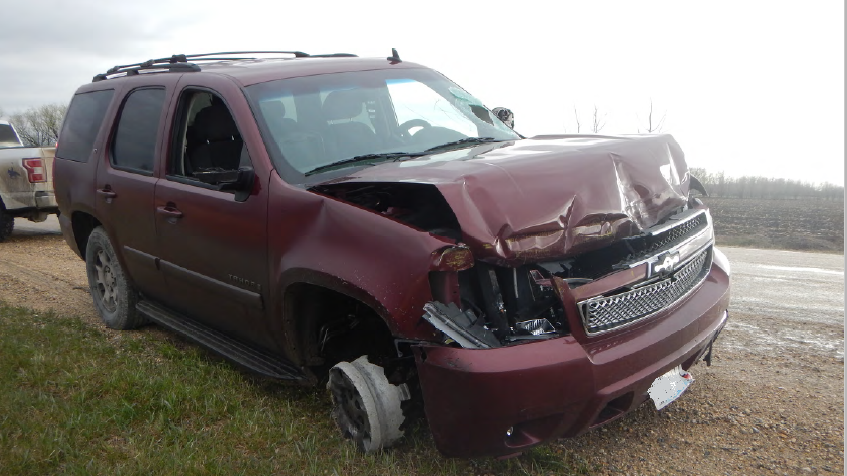 WINNIPEG -- The RCMP detachment in Emerson arrested a Minnesota woman who allegedly crashed through the gates of the Tolstoi border crossing while trying to evade U.S. police.

Bellows said officers tracked down the SUV travelling at high speeds and tried to stop the driver with a spike strip. He said the suspect got away after a pursuit spanning multiple communities.

Manitoba RCMP said the Mounties took over, after the suspect crashed through the port of entry in Tolstoi, Man., and continued driving.

RCMP said they tracked the suspect down three kilometres north of Tolstoi on Highway 59.

A 35-year-old woman from Thief River Falls, MN, a city located 120 kilometres southeast of Tolstoi, was arrested under the Immigration Act and turned over to U.S. Border Patrol.

Bellows said the suspect was taken to the Pembina County Sheriff’s Office in North Dakota.

“The female remains in custody in North Dakota awaiting an extradition hearing and criminal charges are pending," he said.

RCMP and Bellows said no injuries were reported.

The charges against her have not been proven in court.