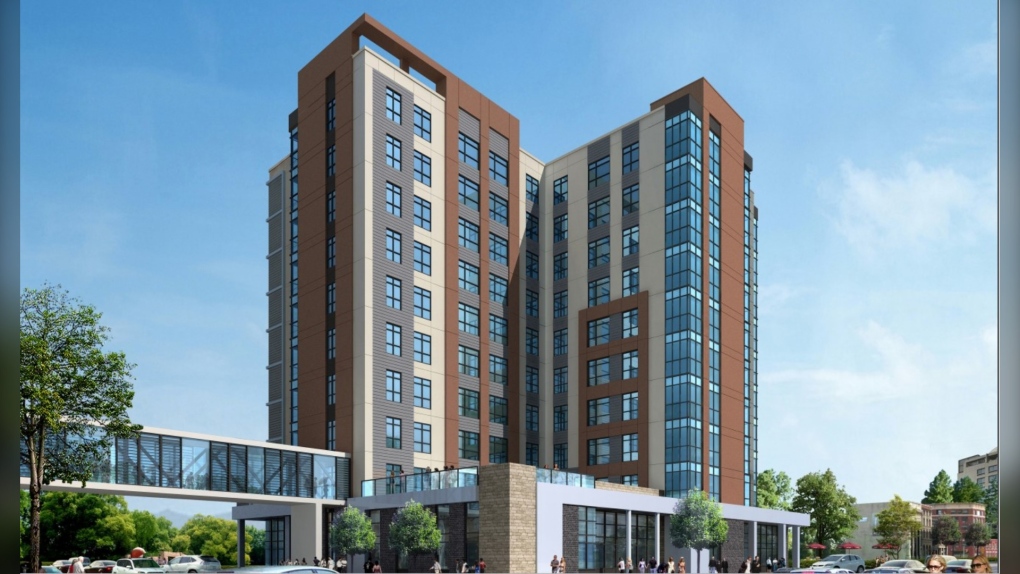 WINNIPEG -- Misericordia Health Centre will begin the demolition of its education and resource centre on Thursday, Aug. 6, in order to move forward with building an affordable assisted living seniors’ centre.

On Thursday morning, an excavator will begin clawing at the exterior walls of the Misericordia Education and Resource Centre (MERC), located at 691 Wolseley Avenue, until they collapse. The cleanup of the site can take up to a month.

According to a news release from the health centre, the MERC building, constructed in 1961, needed upgrades to its mechanical, electrical and safety systems. Misericordia decided to build a new facility rather than take on the costs of repairing the current one’s deficiencies.

The health centre has decided to replace the MERC building with an affordable assisted living seniors’ housing project that will include a 10-storey apartment building with 97 units. The new facility will also feature a skywalk that connects it with the main health centre, as well as many common spaces.

Misericordia will be working over the next few months to finalize its plans, with construction expected to begin in late 2020.

The MERC building was originally constructed as the nurses’ residence for the hospital.