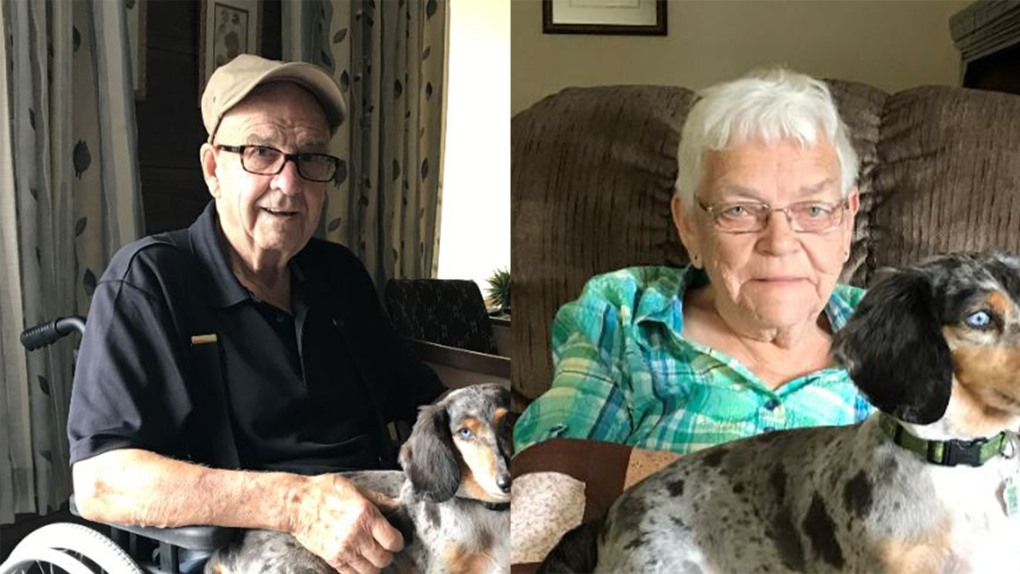 Brian and Evelyn Watt were found safe on June 25, 2021, after they did not return home from a drive out in the countryside Thursday afternoon. (Image source: Manitoba RCMP)
WINNIPEG -

Manitoba RCMP say an elderly couple from Morris who were reported missing after they left for a drive in rural Manitoba on Thursday has been found safe.

Friday night, in a tweet, RCMP said Brian Watt, 88, and Evelyn Watt, 83 were safely located. They thanked the public and the media for their assistance. No other details were given.

88yo Brian Watt & 83yo Evelyn Watt, reported missing earlier today, have been safely located. The RCMP thanks the public and media for their assistance.

The couple was reported missing early Friday morning after they did not return home from a countryside drive Thursday afternoon. Police said officers and family members had been concerned for their well-being.