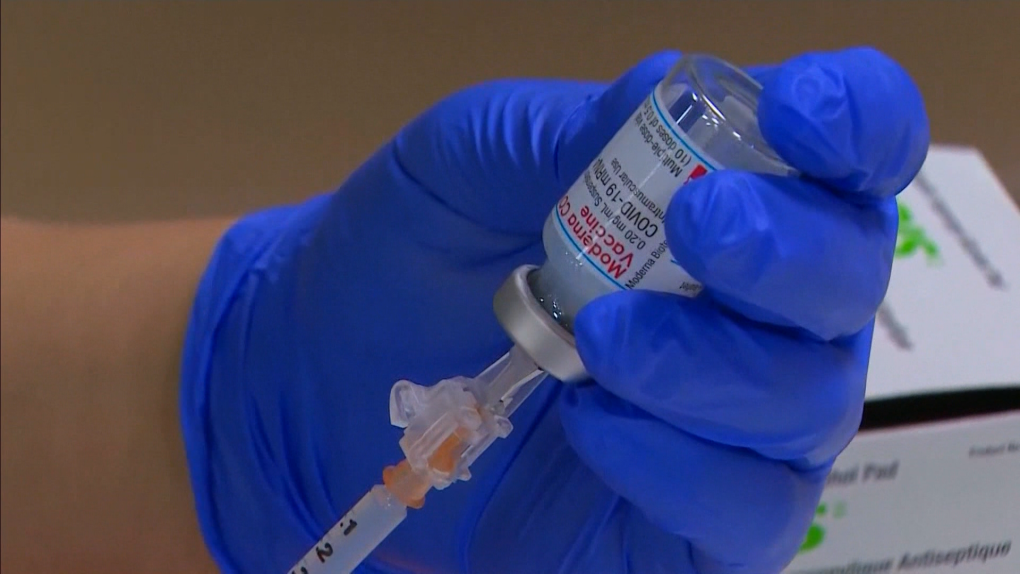 WINNIPEG -- Manitoba Keewatinowi Okimakanak Inc. (MKO) is encouraging First Nation leadership and health human resources to begin preparing for an increase in COVID-19 vaccines, as more shipments are expected in the coming weeks.

On Thursday, the MKO gave an update on the COVID-19 vaccine during a virtual news conference, saying it has started to plan for the second phase of the First Nation vaccine rollout.

“Some promising signs on the vaccine front,” said Dr. Michael Routledge, the medical advisor for the MKO and the health entity Keewatinohk Inniniw Minoayawin.

“Obviously we’d like to get the vaccine out faster and hopefully that will speed up in the next couple of weeks as we expect more shipments.”

This news conference comes the day after the province announced that it has opened vaccine eligibility to include First Nations people over the age of 75.

“We are starting to see some potentially positive impacts from the vaccine,” Routledge said.

“Hopefully leading to lower severe cases, because we’ve had some good success in vaccinating the older adults in the MKO communities.”

On Feb. 16, Manitoba First Nations began the distribution of 5,300 vaccines, which are second doses for people who received a vaccination on reserve in January. The MKO said its goal is for all First Nations to receive a second shipment of vaccines as close to the 28-day mark as possible.

MKO Grand Chief Garrison Settee said he has reached out to the province to ensure continued collaboration.

“We will continue to work closely with the province and also to hold them accountable to ensure that the vaccine rollout is done in a way that is fair and that is based on science and not politics,” he said.

Settee added that he sent a letter to Dr. Theresa Tam, chief public health officer of Canada, to request that health expert Dr. Barry Lavallee be appointed to the National Advisory Committee on Immunization.

The MKO said that it expects First Nations people will receive their immunization services in a culturally respectful way, so that Elders do not face barriers when booking or attending vaccination appointments.

The organization also noted that the opening of Vaxport vaccination supersite at the Thompson, Man., airport, which was supposed to open on March 1, has been delayed about three weeks. Beginning next weeks, Vaxport patients will be relocated to the Thompson Regional Community Centre while the Vaxport site is undergoing renovations.

As for the COVID-19 situation in northern Manitoba, Routledge said the spread of COVID-19 is still higher than they’d like, noting the outbreak in Pimicikamak Cree Nation.

“Obviously that’s been a challenging time for that community in particular,” he said.

Routledge noted that a lot of communities have been seeing fairly low COVID-19 levels, but the disease is still popping up.

“So as much as there’s been some encouraging signs in the province as a whole for the last number of weeks, we’re still seeing transmission rates higher than we’d like to in the north,” he said.