'A nightmare you couldn’t wake up from': Manitoba hockey player who was set to play Humboldt Broncos opens up 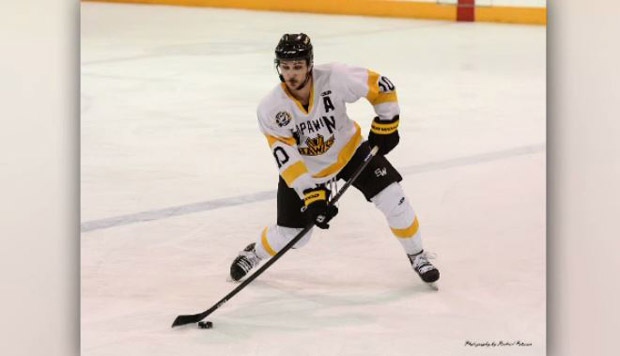 A Manitoba junior hockey player with the Nipawin Hawks has opened up about the Humboldt Broncos team bus tragedy.

On Friday, a collision between the Broncos bus and a tractor-trailer near Tisdale, Sask. claimed the lives of 16 people, including players, broadcasters, the team’s head coach and bus driver.

Steinbach native Thomas Lenchyshyn, 21, is playing his second season with the Nipawin Hawks. The team was set to play a playoff game against the Humboldt Broncos the night of the fatal crash.

“It was a tough, tough, tough night for sure,” Lenchyshyn told CTV News when reached by phone Monday.

“It was like five o’clock. We were getting to the rink. We had heard there was an accident. We didn’t know any details or anything,” he said.

“Started trying to call people we would know on the team, try and figure out what was going on. Then we heard it was a very serious tragedy.”

Lenchyshyn said he knows many of players on the Humboldt Bronco, having played the team about 10 times throughout this season’s regular and playoff games.

“I think it’s still being processed. It was a nightmare you couldn’t wake up from.”

Lenchyshyn is also a personal friend of Winnipegger Matthieu Gomercic, who was on the bus. The two were once teammates with the Steinbach Pistons in the Manitoba Junior Hockey League.

“Thankfully he survived,” he said. “It was a relief,”

After the collsion, Lenchyshyn said the Nipawin Hawks told players to go home and spend time with family and loved ones.

He watched the vigil in Humboldt on television Sunday night at home.

“It's good to the see the whole world reaching out,” said Lenchyshyn. “With prayers and thoughts. It gives you a little bit of hope almost.”

“Just want to give the families affected the utmost sympathy. They have our prayers and thoughts.”

“It’s really just hard to find words to comprehend how this would be affecting them.”

Saskatchewan RCMP continue to investigate the circumstances surrounding the collision.

“Our thoughts continue to be with the families and friends of the victims, the community of Humboldt and the Humboldt Broncos hockey club,” said RCMP in a news release issued Wednesday.

“Dozens of interviews have been conducted with more still to come. Vehicle computer data is being recovered and analyzed,” is said, adding a team of traffic reconstruction specialists is investigating.