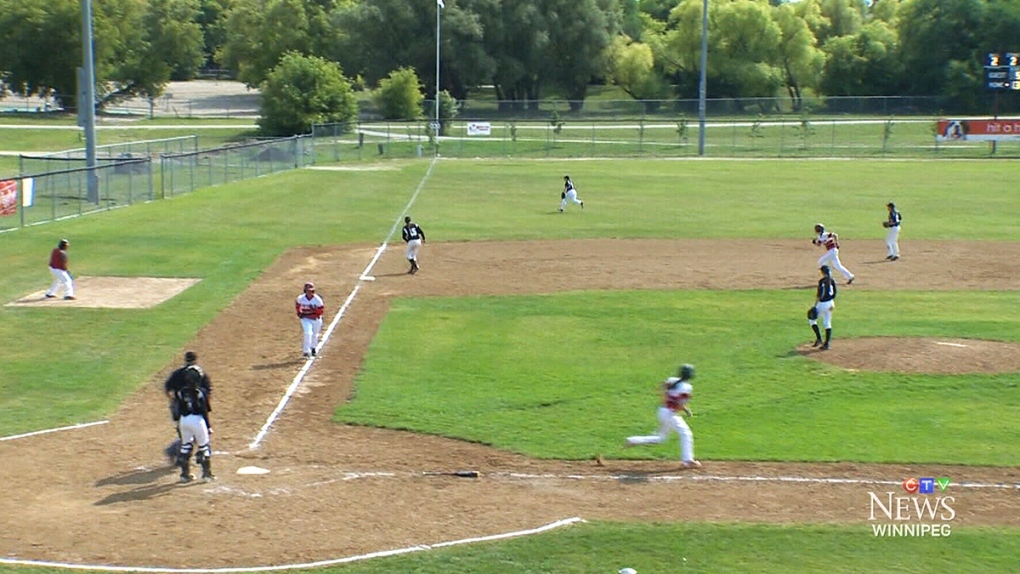 WINNIPEG -- The ongoing COVID-19 pandemic has forced sports leagues to change plans for their seasons.

In Brandon, which is part of the Prairie Mountain Health Region, the recent increase in COVID-19 cases and the pandemic response system moving to the orange level brought an earlier end to the baseball season than planned.

"Our plan was to wrap up this weekend, and when we hit the orange level last week, and we were told on Monday that there would be no more gatherings of 10 or more outside, we decided as an executive to shut down all of our Brandon operations and shut down all of our leagues," said Blake Stephens, the president of Brandon Minor Baseball.

The season ended on August 20 in Brandon.

Stephens said the baseball teams did not have to stop playing, as the orange restriction does not apply to venues such as baseball diamonds since physical distancing can be maintained there.

"For us, we didn't want to put a parent in that awkward spot of 'I feel obligated to send my kid, even though I'm not really comfortable,' so we just made the decision to cancel it," he said.

The end of the season also had an impact on the 15U and the 13U AAA teams, who were scheduled to participate in the Winnipeg AAA Baseball Association (WABA) playoffs and end their season this weekend.

In an email on Friday, the WABA confirmed the Brandon teams who were scheduled to play this weekend were asked to withdraw from playoffs on Monday as a result of the Prairie Mountain Health Region entering the orange level.

"We deeply regret doing that but felt it was prudent to exercise an abundance of caution after numbers of cases continued to surge there through the weekend," Mike Anderson, the acting president of WABA, wrote to CTV News.

Stephens said he understood the reason for the decision.