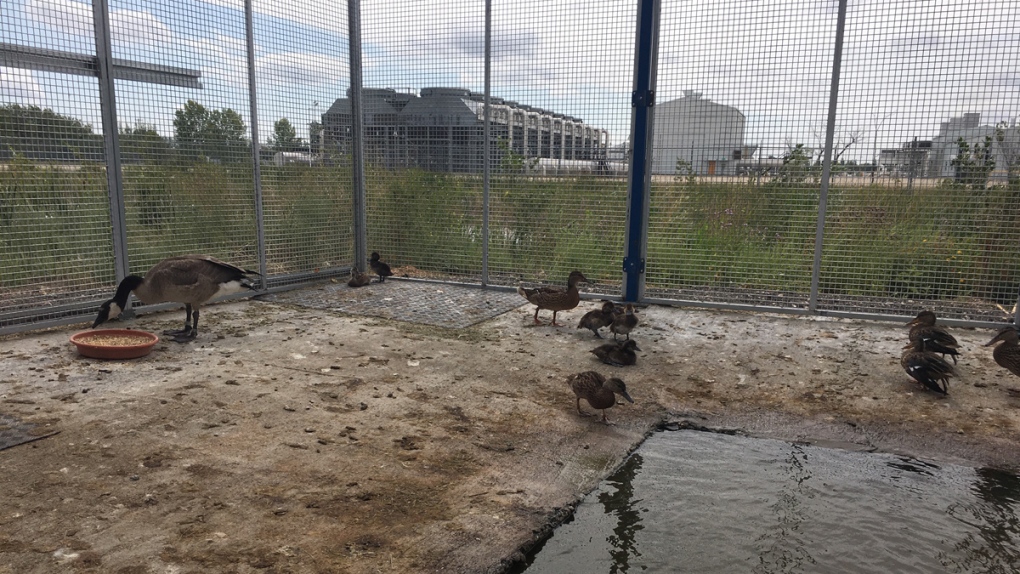 Last summer, a similar situation unfolded, when many birds and fish washed up along the shore dead.

Wildlife Haven Rehabilitation Centre said in the last ten days, 22 sick birds have been brought in.

Last year, more than 50 sick animals were found, with 25 making a full recovery.

The centre said the dry weather has been causing issues in retention ponds, like blue-green algae, resulting in the illnesses.

Staff and volunteers have been stopping by retention ponds every day, checking for sick animals.

“We can usually treat them with fluids, which will help flush out the toxins out of their stomachs, which causes the paralysis, and then they succumb to that,” said Dan Diawol, Director of the Wildlife Haven Rehabilitation Centre.

“But if we can get them in on time, we will have probably about a 50 per cent success rate."

Ten birds are currently recovering in care, and are expected to be released in the coming days and weeks.

The centre said if you spot an animal in distress, to call wildlife haven.

The city said it continues to monitor the Adsum Drive retention pond and is working with the province to mitigate the issue.