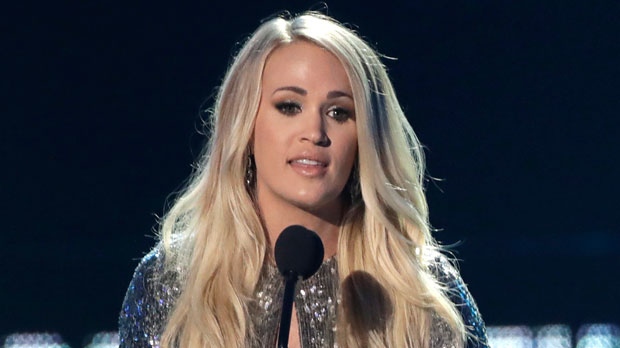 Carrie Underwood accepts the female video of the year for "The Champion" at the CMT Music Awards at the Bridgestone Arena on Wednesday, June 6, 2018, in Nashville, Tenn. (AP Photo/Mark Humphrey)

Underwood, a seven-time Grammy winner, is launching the Cry Pretty Tour 360 in May 2019. She will be performing at 55 arenas across Canada and the U.S. with special guests Maddie & Tae, and Runaway June.

Underwood made the official tour announcement on Wednesday in a tweet to her fans.

This tour will feature a stage in the middle of the arena in order to give fans on all sides of the room a good view of the concert.

"I love performing in the round," said Underwood in a news release.

"It's so much fun for me and the band to play in every direction and creates a much more intimate and immersive experience for the audience, even in a larger arena setting.”

A limited number of exclusive VIP packages, which offer tickets, a meet and greet, autographed memorabilia and custom merchandise, will become available on Aug. 13. Tickets for just the concerts go on sale on Aug. 17 at 10 a.m.

Underwood will be performing in Winnipeg on June 2 at Bell MTS Place.

Her new album Cry Pretty will be released on Sept. 14.