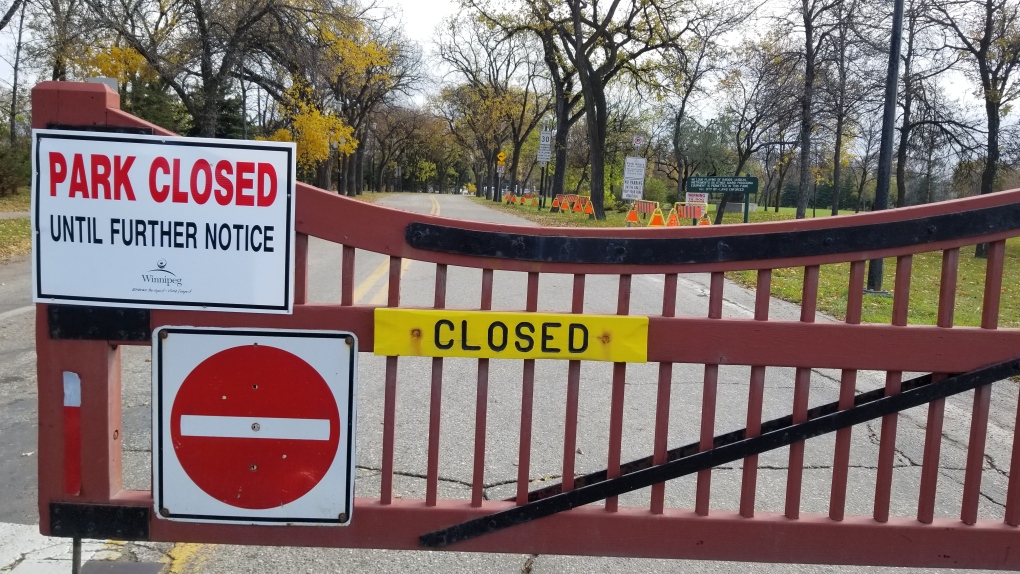 WINNIPEG - The city has added King’s Park to the list of parks closed following a October snow storm that wreaked havoc on the city.

On Friday, the City of Winnipeg announced following an initial risk assessment of city-run parks, it has decided to close down various regional parks for public safety reasons.

It said existing parks bookings and special events scheduled in these parks have been cancelled. The city said it has reached out directly to those affected by the cancellations. It is asking people who were planning to attend any events in the parks, to contact the event organizers.