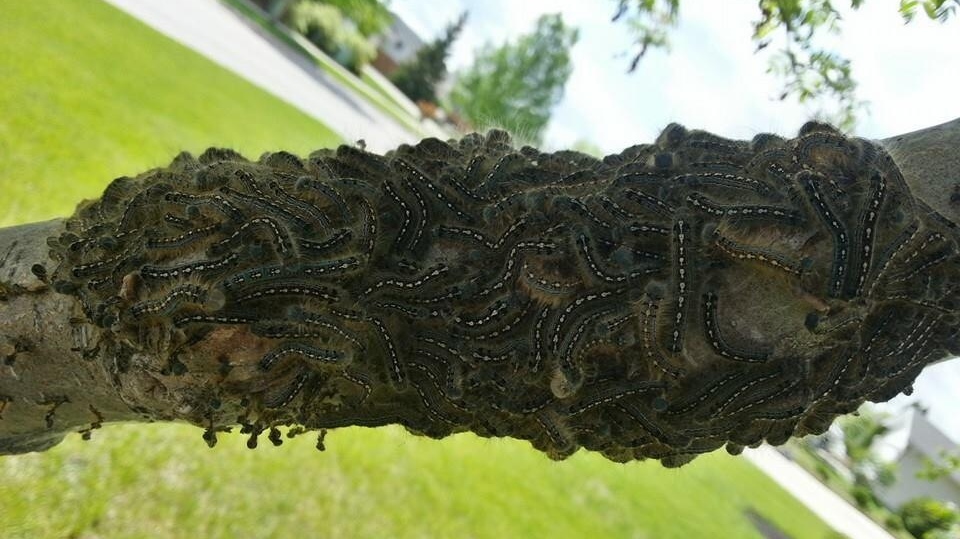 WINNIPEG -- Winnipeg's tree canopy is beginning to bud, but and it's not just humans enjoying the leaves.

The City of Winnipeg says tree pests are out in full force, prompting the start of this year's caterpillar control program.

To preserve the leaves, the city will begin spraying around Glenelm and Kildonan Drive on Sunday, May 24, weather permitting. This year the city said it will focus on treating city boulevards, parks and cemeteries where tree pest caterpillars are starting to cause defoliation.

Spraying will be done in the evening, Thursday through Sunday over the next five to six weeks. The city said it will hold off spraying if there is significant rainfall or winds greater than 20 km/h.

Property owners who do not want their property sprayed can apply for a 30-metre buffer zone. Those who want to be exempt can register as "Anti-Pesticide registrants' and must provide identification, such as a driver's license or utility bill, that ties them to the address registered for the buffer zone.

People can apply for a buffer zone by contacting 311 online, by email or fax, or by writing to the Insect Control Branch.

More information can be found on the city's insect control website.

-with files from CTVNews.ca Staff