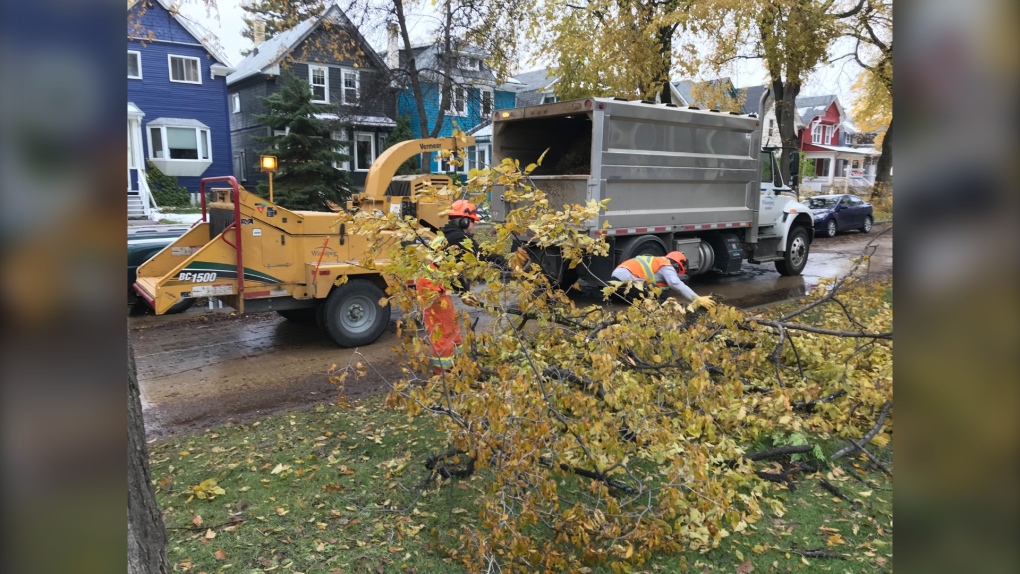 It has been more than a week since a devastating early winter storm began in Manitoba and the City of Winnipeg said the fallout is being felt in new places.

The city estimates more than 10 per cent of city-owned trees were impacted by the storm and clean up continues, zone by zone.

In the meantime, three of Winnipeg’s regional parks -- Kildonan Park, Crescent Drive Park and St. Vital Park -- have been closed for public safety reasons. The city said they could remain closed for weeks and park bookings have been cancelled.

It also said the Winnipeg Fire Paramedic Service Half Marathon, scheduled for this Sunday, has to be cancelled due to tree damage along the route and high winds in the forecast.

In a post on Facebook, the director of the race said it would not be rescheduled and refunds will not be provided, because the cancellation came so close to the race date.

Proceeds will still go to the Heart and Stroke Foundation, it said.

As for other impacts, the city said it has launched a storm response webpage for residents to find more information about cleanup operations.

It also asked residents to take caution and look in all directions when walking or driving due to tree hazards.

Manitoba Hydro has also launched an online tool for information about its response to the storm, which at its height knocked out power to more than 50,000 Manitobans.

It said as of Friday afternoon, 4,869 Hydro customers were without power in 177 outage areas.

As of Friday, crews had replaced nearly 1,600 poles and 400 kilometres of power lines. It said all damaged transmission lines have been restored.

Hydro noted that access to some infrastructure continues to be hampered by challenging road and off-road travel conditions.

It said with a number of remote First Nations still without power, crews are focusing efforts on the power supply that feeds those areas before repairing the physical lines going into them.

“The sheer extent of the damage in some affected areas means in some cases we will be unable to restore power to customers until the week of October 21,” Manitoba Hydro said.