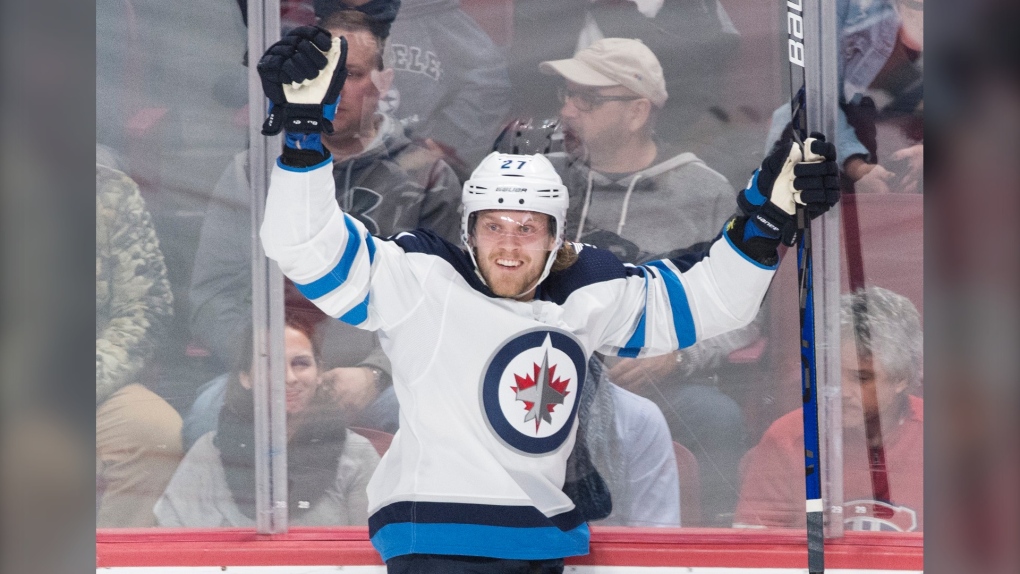 MONTREAL -- Veteran forward Ilya Kovalchuk felt good in his Montreal Canadiens debut despite not getting the win.

Kovalchuk had an assist and four shots in a 3-2 loss to the Winnipeg Jets on Monday night, Montreal's sixth straight defeat.

"I was a little nervous and it took me a few shifts to get into the rhythm because I didn't play for two months," said Kovalchuk, who agreed to a one-year, two-way contract last week. "When the people trust me, then you want to give everything. Coach put me in and I tried my best.

"It's just the beginning. I have to work hard to get better. We lost the game, so nobody can be pleased. It can be better."

Kovalchuk had three goals and six assists in 17 games with Los Angeles before the Kings placed him on waivers last month. His previous game was on Nov. 9 against his new team at Bell Centre.

The Russian forward skated on the top line Monday, replacing the injured Brendan Gallagher (concussion), and on the top power-play unit.

Kovalchuk dished out a big hit on Luca Sbisa in the corner of the ice in the second, prompting "Kovy" chants from the Bell Centre crowd.

"It gave me little goose bumps," he said of the fan reaction. "I appreciated it."

Down 2-1 early in the third, Kovalchuk nearly scored from the slot but the puck bounced over his stick. He crashed the net a few minutes later but could not jam a loose puck past Jets goaltender Connor Hellebuyck.

"He looked good out there," said Carey Price of the team's new acquisition. "He's very excited to be here and he brings a lot of enthusiasm to our lineup. We're very happy to have him here. He was pumped."

Still 2-1 Winnipeg with 9:44 remaining in the game, Andrew Copp scored the insurance goal. Copp stole the puck from Cale Fleury at Winnipeg's blue line, skated the length of the ice and beat Price five-hole on the breakaway.

Former Jets player Ben Chiarot netted his second of the game less than two minutes later, a wrist shot from the face-off dot that beat Hellebuyck blocker side to make it 3-2 but that's as close as the Canadiens (18-18-7) would get.

"He definitely did something, because he definitely didn't score on me in practice last year," said Hellebuyck of his old teammate Chiarot. "Pretty good shot by him, I'll give him that.

"Both teams played a really good game, pretty exciting right to the end. We stuck with it and we battled hard."

Josh Morrissey got the breakthrough at 1:32 with a wrist shot from the blue line into heavy traffic. The puck took a slight deviation off Jeff Petry's hip and into the back of the net.

The visitors doubled their lead at 4:46 while playing shorthanded. A mishandled puck by Tomas Tatar in the neutral zone created a 2-on-0 breakaway for captain Blake Wheeler and Nikolaj Ehlers, who exchanged passes before beating Price.

It was the third short-handed goal allowed by the Canadiens this year.

"I was surprised it was a 2-on-0," said Wheeler, who had two assists. "Great play by him (Ehlers) to strip the puck. When I saw we were off to the races, I was just trying to suck Price over to give him a little room to put it up."

Added Ehlers: "That one felt good."

The struggling Jets improved to 2-3-2 in their past seven games.

Down 2-0, Montreal pressed for a goal and was rewarded when Chiarot's slap shot from outside the face-off circle flew past Hellebuyck at 11:03 -- a career-high seventh goal this season for the Canadiens defenceman.