CPL set for third season kickoff, but will it be an even playing field to start? 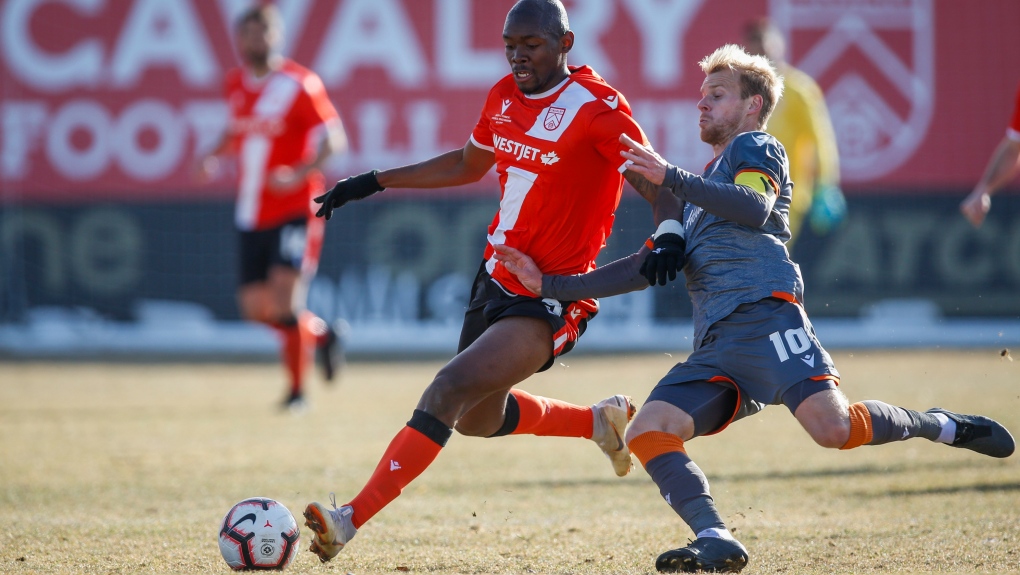 The Canadian Premier League kicks off its third season this weekend under the bubble in Winnipeg, with more than a few questions to be answered after a pandemic-disrupted buildup.

While the eight teams will all be playing at IG Field for at least the first chunk of the campaign, some will be dealing with an uneven playing field.

"Last year all the teams kind of went in at the same preparation rate," Smyrniotis said of last summer's Island Games. "The teams had the same time on the pitch. We were all doing the same things ... I think this year you'll see a little bit of variance in that, with some of the teams who have been fully training for the last two to three months."

The Manitoba capital will host the first 32 games of the campaign with each of the eight teams playing eight games in a stretch that will run through July 24. The league is committed to teams playing a full 28 regular-season match campaign, in a single-table format, and is planning to return to home markets after the Winnipeg portion.

The CPL is billing the 29-day single-city format as "The Kickoff Presented By Volkswagen."

"We don't know all of the details yet but things are looking real good in Canada right now for opening up of professional spectator sport in Canada," said league commissioner David Clanachan. "But we'll be working behind the scenes while we're in Winnipeg at the kickoff to make sure that were ready in our home markets to host people."

The plan calls for clubs to play an unbalanced schedule upon return to their home markets, with each playing 16 games against teams in their region and four more against the rest.

At the end of the season, the No. 1 team will host No. 4 with No. 2 entertaining No. 3 in single-match playoff semifinals. The winners will square off in the championship game, expected in the second week of November.

In the West, FC Edmonton, Cavalry FC and Pacific FC have perhaps had the longest training camps while Winnipeg's Valour FC had to wait an extended period to get going.

"People have had a horrid time of it so I don't want to ever compare our lot to society or what we've had to face," said Valour coach Rob Gale. "But when you love doing something, you love your job and you love being around people and players and working on the field and improving them as people and players, that's what you want to do.

"To come back and to be able to do it, you're buzzing. You're so grateful and happy to be out there."

Atletico Ottawa's camp was held in Spain with the team having to go through a 14-day quarantine upon return to Canada. HFX Wanderers FC had an on-and-off experience, returning to lockdown for a while.

"We had just got going and then we had a huge interruption," said Wanderers coach Stephen Hart, whose team was able to resume training but wasn't allowed to play pre-season games.

Hart said when it comes to his team, while everyone is physically fine, "obviously match fitness is going to be a big problem."

Hamilton's Forge and York United FC were the last teams to resume training due to tight restrictions in Ontario.

"We've got to make the best out of a situation that obviously has hampered everyone," said Smyrniotis. "Us and York are going to feel it the most. It's going to be an interesting time period in this next couple of weeks as these games get started."

The different preparations will be showcased opening weekend as East meets West.

Prior to flying to Winnipeg, Smyrniotis said Forge could only train in groups of 10. And that was after local authorities eased restrictions.

For the time being all of the Winnipeg bubble games will be played without fans at IG Field, home to Valour FC and the CFL Blue Bombers. But Clanachan said the league will pivot quickly if local authorities change their position.

The CPL had hoped to begin play May 22 on the Victoria Day long weekend, but announced in late April that it was pushing back the start due to the pandemic.

"The toughest thing is we as coaches, we like schedules. We like knowing when we're going to start," said Smyrniotis, who added his team will not be fully physically prepared come kickoff Sunday. "We like planning backwards and all of these fine things, making sure we're doing things right. With this, it's just been a challenge to make sure you're doing the right things and then now getting the guys on the field."

Just getting players in during the pandemic has been an issue in some cases. HFX, for example, had to wait until getting to Winnipeg to be reunited with Trinidad and Tobago returnees Andrew Rampersad and Akeem Garcia.

Brazilian centre back Eriks Santos did make it to Halifax early, completing two quarantines after missing out on the 2020 season.

In addition to the regular-season challenge, Smyrniotis has to plan for Forge's Scotiabank CONCACAF League campaign, which starts in early August against El Salvador's CD FAS. Forge made it to the quarterfinal of the CONCACAF Champions League feeder tournament, eventually losing a play-in match to get to the confederation's elite club competition against Honduras's CD Marathon.

Last year, the CPL's second season turned into a truncated tournament based out of Charlottetown. The Island Games ran Aug. 13 to Sept. 9 at the University of Prince Edward Island, with Forge defending the title it won in the league's inaugural 2019 season.

The 2020 season was originally slated to run from April 11 to Oct. 4. The 2019 inaugural regular season ran April 27 to Oct. 19, divided into spring and fall campaigns.

While Forge lost a handful of players including Kadell Thomas, Anthony Novak and Marcel Zajac and veteran defender David Edgar, now an assistant coach with the team, it has 2019 MVP Tristan Borges back on loan from Belgium's Oud-Heverlee Leuven. Canadian international defender Dejan Jakovic will step in for Edgar with Panama's Omar Browne and Costa Rica's Joshua Navarro, expected to bolster the attack and help the CONCACAF League push.

"We've just kind of rejigged our attack, something that we've been very good at in the last couple of years. But we also think that it can also be better, could be more efficient in that attacking part of the field," said Smyrniotis.

All eight clubs are in the bubble. They were tested for COVID-19 before landing and have had three tests in the first seven days upon their arrival. From now on, there will be two tests a week plus daily screening.

So far everything has turned up negative.

Teams have been training at IG Field and at two practice sites.

Hart says while his players are happy to be back in action, "they're not overly enthusiastic about being in another bubble.

"It's very difficult on players to be in the type of bubble we're going into and were in last time, without any sort of recreation avenues. We're hoping that that sort of relaxes while we're there, because it was painful."

Clanachan said that will be up to local authorities. But he said more than 80 per cent of the league's players and staff have been vaccinated.

Players from different teams will only interact with other sides during matches. As in Charlottetown, some 275 players, staff and officials will stay in one hotel. That includes players and staff with hometown Valour FC.

"It's going to be a lot of the same, to be honest," Smyrniotis said.

Another constant is the Forge coach's luxuriant beard, which he has kept since last season. His two sons told him they wanted it to stay.

This report by The Canadian Press was first published June 24, 2021.