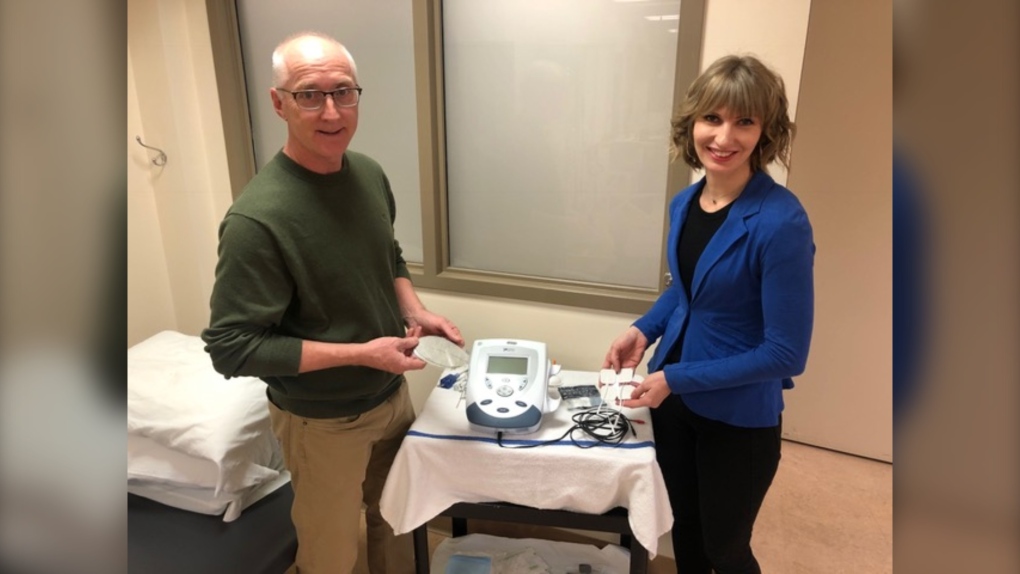 WINNIPEG -- Deer Lodge Centre was the first place in Manitoba to use electrical stimulation to help close a chronic pressure wound, more commonly known as a bed sore.

Now the Winnipeg Regional Health Authority is working on clinical practice guidelines so the treatment can be offered in other rehab settings, including homecare.

Consulting on the project is physical therapist Maria Froese, who specializes in electrical stimulation.

She said the machine used in wound healing is similar to a TENS machine which is traditionally used for pain relief or stimulating muscles after injury.

Froese said when using it for wound care, two nodes are placed on the skin, one directly on the wound, and a current flows between them. The idea is to replace a natural current in the skin that can get cut off when there’s a wound.

“The skin is able to restore it in most cases but sometimes it’s not,” she explained.

“It is very effective, it is very well researched and comes with the highest recommendations in a lot of clinical practice guidelines both nationally and internationally.”

Up until a few years ago, this treatment was not being used in Manitoba, largely because no one had been trained on how to do it and there were no protocols to follow.

In late 2016 Deer Lodge trailed the treatment on a patient with a chronic pressure wound. He was the first patient in Manitoba to give it a go.

“He had a wound for two years and did not respond to any of the modalities or medications that we had trialed,” said clinical nurse specialist Daryl Dyck.

Dyck said within nine weeks of using stimulation, the wound was 95 per cent closed.

“It kick started the wound and then we actually ended up closing that wound and it’s still closed today,” he said.

A few other patients have had it done since then.

Dyck, who now works for the Home Care Program, said wound care is a big part of what home care nurses do and treating a pressure wound is about improving a patient’s quality of life and keeping them mobile.

But before this treatment can be offered, the source of the pressure needs to be addressed first.

“We want to make sure that we can actually take pressure off that area in some way whether that’s through a different seating surface, a different mattress, turning schedules, that kind of thing,” said Froese.

Meaning not everyone who has a bedsore will be eligible to get it once it’s offered on a broader scale.

Froese also said this is not a do-it-your-self type thing.

“It is a different machine, a traditional TENS machine wouldn’t do it and you do need some specific training just regarding the parameters and wound cleanliness and making sure it’s done in a safe way because there are definitely steps that need to be followed.”

The team working on this program received a 2019 Health Innovation Award for Patient Centred Care from the WRHA.