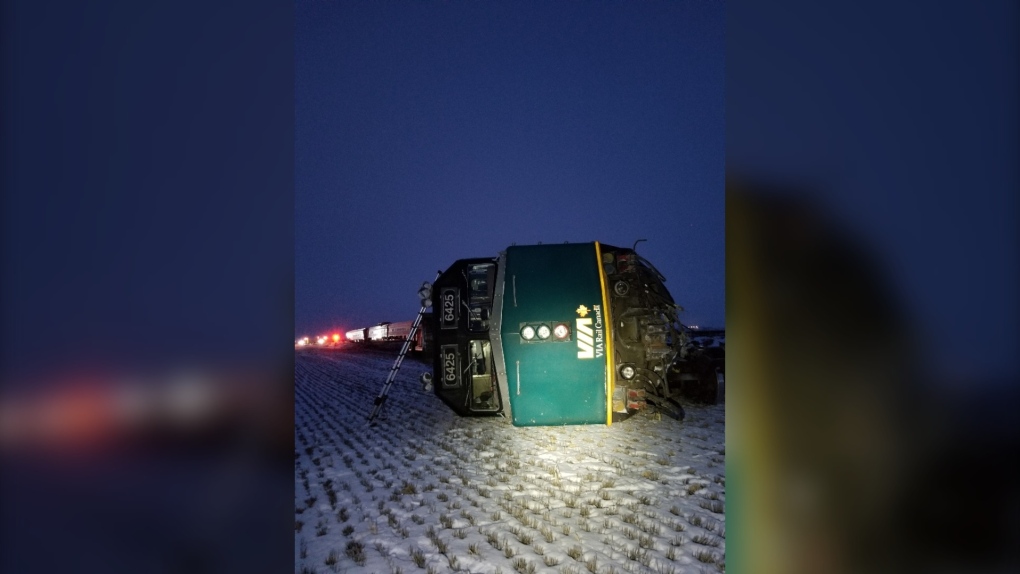 MACGREGOR, MAN -- The Transportation Safety Board says a section of track where a passenger train derailed in Manitoba late last year had existing defects.

There were 13 people on board the VIA Rail train travelling east to Winnipeg early on Dec. 31, 2019.

Two passengers and three crew members were taken to hospital with minor injuries.

Safety board investigators examined more than two metres of CN track that were recovered from the scene near the community of MacGregor, about 120 kilometres west of Winnipeg.

They found two breaks with evidence of fatigue fractures that had likely been there for some time, as well as a joint that had broken in two with pre-existing fatigue cracks.

The board says it believes those areas gave way three hours before the VIA train came through, when an empty crude oil train was travelling in the opposite direction.

Video recorders from that CN train at 3:30 a.m. revealed the rails were intact at that point.

Video from the VIA train later that morning showed an anomaly along the track, likely a piece of rail that had been "expelled" when the earlier train passed by.

"The failures ... occurred progressively and led to the expulsion of a section of the south rail, creating a gap of (88 centimetres) as CN 735 traversed and exited the area," the safety board said in its report Thursday.

"The next train, eastbound VIA 692, could not bridge the gap and immediately derailed to the south side of the track at the west end of the failed joint."

A total of 8,670 litres of diesel spilled from the fuel tanks of the VIA train's two locomotives.

CN said in an emailed statement Thursday that it learns from every accident on its rail network.

"As noted in the TSB report, CN expanded a section of our Engineering Track Standards, that already meets or exceeds the Transport Canada Track Safety Rules, to add new inspections and preventative measures when work is conducted in proximity of a rail joint," it said.

This report by The Canadian Press was first published on Aug. 13, 2020