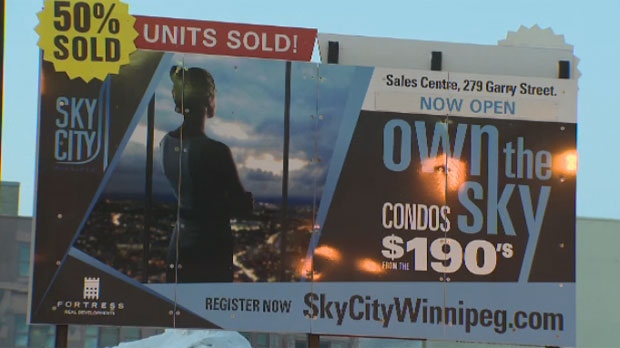 Two men behind a cancelled skyscraper project in Winnipeg are now facing fraud charges in Ontario, according to RCMP.

Mounties have charged Jawad Rathore of Markham, Ont. and Vince Petrozza of Richmond Hill, Ont. with fraud and secret commissions under the criminal code. The charges have not been proven in court.

Rathore and Petrozza are listed as the founders of Fortress Real Developments on its website.

"It is alleged that the founders of Fortress Real Developments engaged in fraud by orchestrating an ongoing scheme whereby they did not disclose the various risks to brokers and investors."

Fortress Real Developments was the development company behind the skyscraper project in Winnipeg which was never completed. The $180 million project was supposed to see the 388-unit SkyCity development built on Graham Avenue.

RCMP said the two men are scheduled to appear in court on Aug. 3 in Toronto.

Many trapped in Florida as Hurricane Ian heads toward South Carolina

Rescue crews piloted boats and waded through inundated streets Thursday to save thousands of Floridians trapped amid flooded homes and shattered buildings left by Hurricane Ian, which crossed into the Atlantic Ocean and churned toward South Carolina.

A Russian oligarch indicted in the United States Thursday for conspiring to circumvent its sanctions regime stands accused of, among other things, having flowers delivered to a former member of Parliament in Canada.

While social workers and psychologists can offer tax-free services, bureaucratic confusion over the titles of counselling therapists and psychotherapists means they are the only mental health professionals who have to charge GST/HST, something a new campaign is looking to change.

Convicted bombmaker escaped U.S. prison without his absence being noted for 4 days

Authorities say they are investigating how a convicted bombmaker was able to easily escape from a Nevada prison without anyone noticing for four days, before a tip led to his capture at a transit centre in Las Vegas Wednesday night as he prepared to board a bus out of town.

Why home insurance will get more expensive for all of us and unaffordable for some, according to experts

As extreme weather events such as Hurricane Fiona become more severe and common, experts say that could result in more expensive home insurance in the long term and are calling for a national flood insurance program.