WINNIPEG -- A Winnipeg family wants more flexible criteria for medically assisted death, primarily for people who cannot speak for themselves.

Lynn and Dave Findlays' son Tyler died just over a year ago. In the end, they said he suffered needlessly.

"Those last days with Tyler just kind of cloud all our good memories," said Lynn.

The Findlays said Tyler had never been able to communicate, he needed full-time care for most of his life, and Lynn and Dave were his legal surrogate decision makers.

He was 25-years-old when he passed away. Lynn said Tyler died after a large section of his bowel stopped functioning.

The family made the tough decision against putting Tyler through a risky surgery. 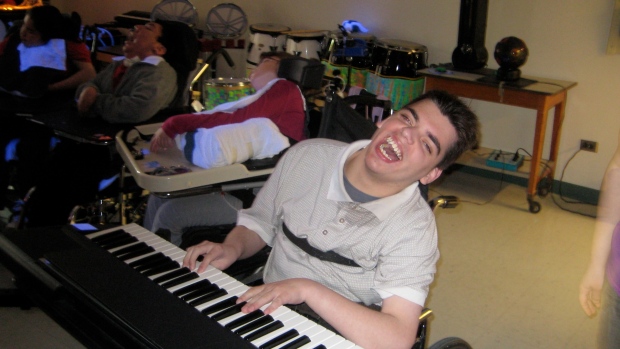 The Findlays said Tyler lived for another nine days.

The family said it would have liked the option for medical assistance in dying or MAID.

Philosophy professor and founding director of the University of Manitoba’s Centre for Professional & Applied Ethics Arthur Schafer said someone like Tyler who was not a competent decision maker isn't eligible for MAID.

"We've only legalized mercy killing or assisted death for patients who can make that decision for themselves," he said.

Canada's assisted dying laws went into effect in June of 2016.

The deadline for amendments has since been pushed from March 11 to July 11.

Schafer said even under the revised law, a situation like the Findlays' would not be eligible either.

Schafer said what is being changed is if a person with a degenerative disease gets approval for a medically assisted death for themselves while they are still competent, it could still stand.

"At the moment if you're not competent at the point where MAID is administered, it can't be administered and these proposals currently before parliament would amend that," he said.

The Findlays want the law to be changed further.

“To make dying with dignity actually that, so that people don't have to starve to death," said Lynn.

“Make it more flexible, more easy for people who can't or not able to,” added Dave. “And if they're not able to -- don't let it drag on.”

In the year since Tyler’s passing the Findlays have together turned his room into a place of healing.

A place to remember the good moments in Tyler’s life -- like how much he loved the outdoors.

"He was always a fighter and jokester. When staff wasn't looking he would sneak away with his wheelchair,” said Lynn. “He would wheel himself out into a different room and then they'd have to do look for him."