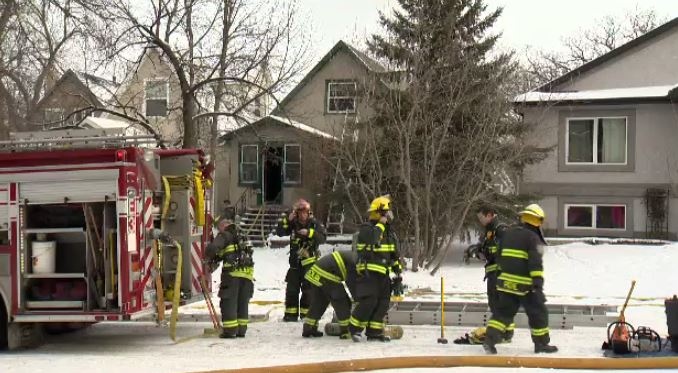 Winnipeg firefighters battled a blaze in a home in Norwood East Thursday.

They were called to a house in the 200-block of Hill Street around noon.

Flames and plenty of smoke could be seen shooting through the roof.

A city spokesperson said no one was inside the home when the fire broke out and there were no injuries.

On Thursday night the fire was still under investigation and there was no word on a damage estimate.