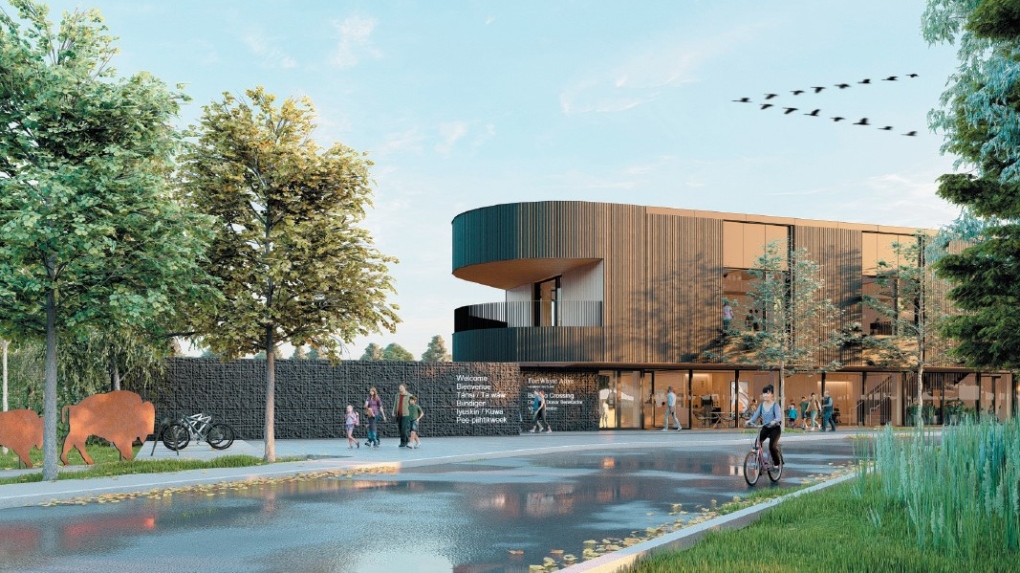 FortWhyte Alive is taking its next step in its $35 million expansion by officially launching a new fundraising campaign.

To help fund the project, FortWhyte announced a new donation matching campaign, with Winnipeg philanthropist Bob Williams pledging to match all donations made up to $1 million.

“Every year, thousands of kids get their nature experience right here, and that’s the true value of this place,” said Williams.

The building would allow FortWhyte to offer year-round environmental education and outdoor recreation.

“After this development is complete, FortWhyte will be ready to welcome more school children, more day campers in all new sustainable ways,” said Liz Wilson, president and CEO of FortWhyte.

“This project is about preparing FortWhyte for the future and giving the community access to nature and the knowledge to protect it.”

FortWhyte said the building will use a climate-resilient design, achieving Passive House certification, making it the first commercial building in Manitoba to obtain the highest possible energy efficiency standard.

A selection of upcoming smaller projects such as pathway revitalization, increasing accessibility and creating a new home for its Forest School Program was also announced.

So far, FortWhyte Alive has completed two major projects in its expansion.

The nature facility has already done a green energy retrofit of its Richardson Interpretive Centre and built a woodworking studio at FortWhyte Farms.

It said the expansion of pond areas will create new winter recreation opportunities for skating, snowshoeing and outdoor active living.