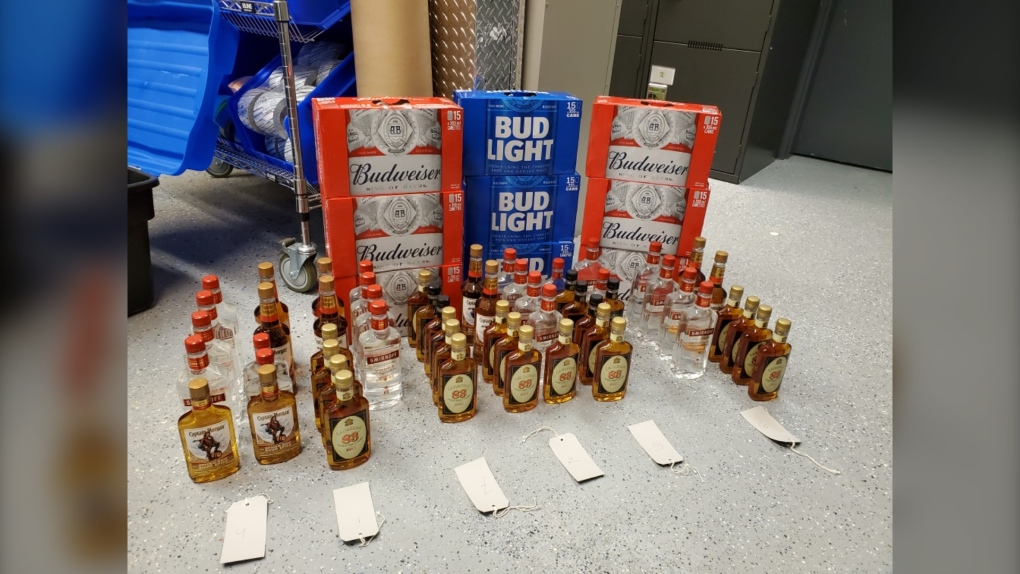 WINNIPEG -- Four people from Thompson, Man. are facing charges after RCMP broke up an alleged alcohol bootlegging operation in the northern Manitoba city.

RCMP in Thompson executed a Liquor, Gaming and Cannabis Authority search warrant at a home on Hudson Bay in the community, after investigating the alleged illegal sale of alcohol at the residence. According to RCMP, the suspects were legally purchasing liquor but then selling it at a significant markup.

Officers seized approximately 55 bottles of hard liquor and 10 cases of beer. RCMP executed another search warrant at a residence on Martin Bay, and seized 72 grams of cannabis, along with “further evidence of the illegal sale of alcohol.”

The four have been released from police custody. None of the charges have been tested in court. RCMP continue to investigate.