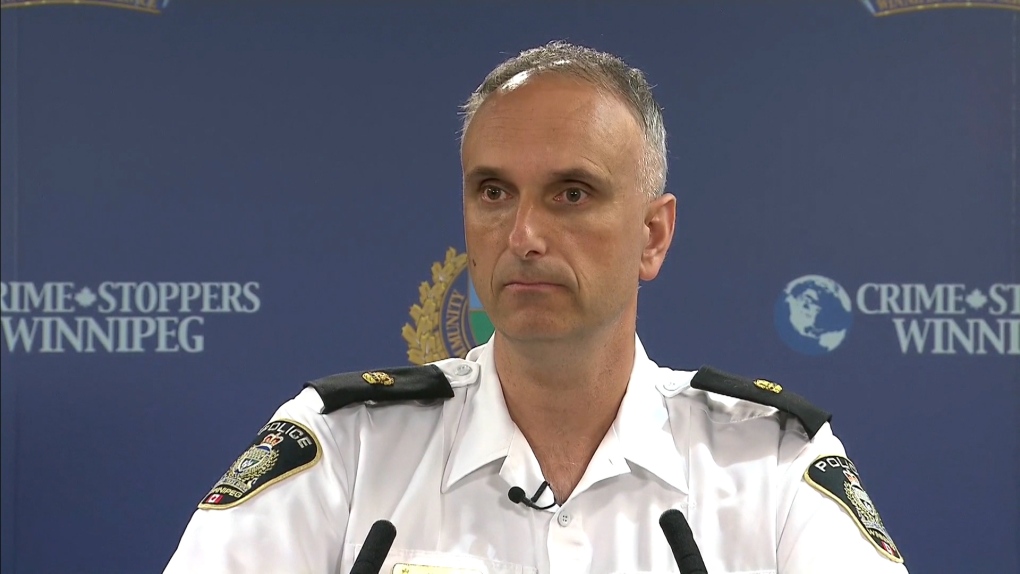 The investigation started on April 21, after officers executed a search warrant in the 1200 block of Downing Street, seizing a loaded .45 calibre semi-automatic handgun.

Two days later, a search warrant occurred in the 100 block of Maple Street. Police said a total of 17 guns were registered to the resident, but only four were present, which contravenes firearms regulations. Police said two of the handguns were not stored safely.

According to police, the resident said the remaining firearms were in a storage locker in Inkster Industrial Park. When officers attended the storage locker, they learned the contents were sold at an auction one year ago.

Marc Charles Archambault, 53, of Winnipeg has been charged with possessing a firearm at an unauthorized place, storing a firearm or restricted weapon contrary to regulations, and not reporting a lost firearm or weapon.

A total of six long guns and two restricted handguns were seized.

Pedro Paulo Desousa, 56, was charged with one count of weapons trafficking. He was released on a promise to appear in court at a later date.

Police returned to St. Andrews on May 6, where another male was arrested. The man is alleged to have purchased restricted handguns and other firearms from Desousa in partnership with another acquaintance.

Police made a subsequent arrest in Winnipeg on May 13 in the 300 block of Alexander Avenue. No firearms were recovered during the arrest.

Michael William Davidson, 42, was charged with weapons trafficking, along with possession of methamphetamine and oxycodone.