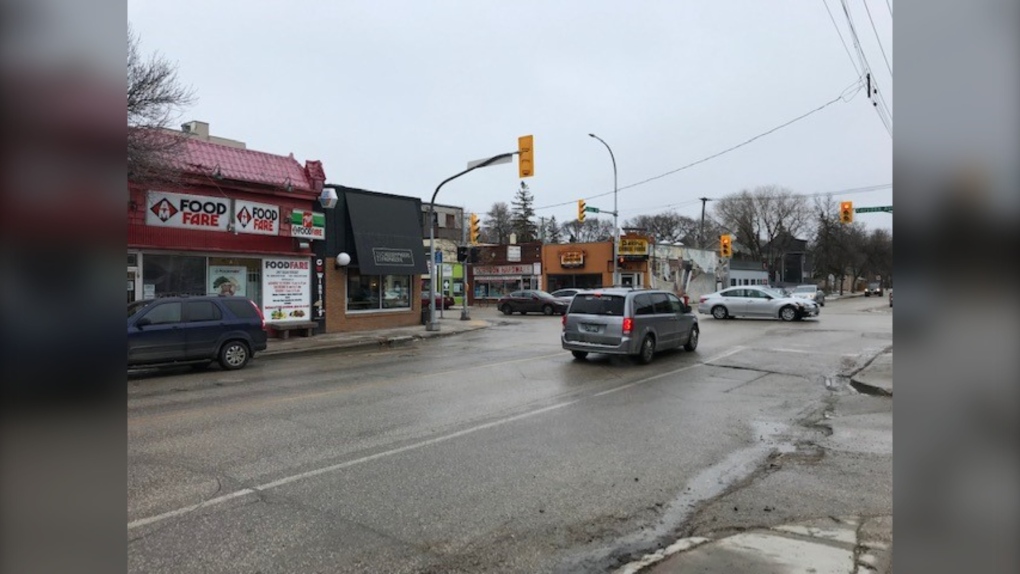 The Food Fare on Lilac Street is picture don March 26, 2021. Owner Husni Zeid said a proposal to sell liquor at more private retailers in Manitoba would give consumers more options but he wonders what would be required of businesses. (CTV News Photo Josh Crabb)

WINNIPEG -- The owner of a neighbourhood grocery store isn’t sure the Manitoba’s government’s plan to open up liquor sales to private sellers would be worth the logistical hassle and risk for his business.

A bill before the Manitoba Legislature would allow the Manitoba Liquor and Lotteries Corporation to enter into agreements with third parties to sell liquor.

Similar arrangements are already in place in rural Manitoba, where general stores, for instance, can sell alcohol.

Husni Zeid, who owns Food Fare on Lilac Street, agreed the plan would give consumers more options but he wonders what would be required of businesses.

“Obviously, there’d have to be more details that have to come but there’d be a lot questions, is it sold just on the regular shelves?” Zeid said. “I feel, as a small grocery store, there’s a lot of questions about how much space do you need, how much inventory you can carry and then the theft level of having it in the store.”

Manitoba Liquor Marts were hit hard by thefts until controlled entrances were installed at Winnipeg stores and some locations outside of the city. Since then, there has been a dramatic decrease in thefts.

“Preventing people from stealing from Liquor Marts has been done, but now if you go into grocery stores, they’re wide open,” said Zeid. “You have to watch out, so you have to have more security.”

In an emailed statement to CTV News Winnipeg on Friday, Crown Services Minister Jeff Wharton didn’t specifically address the issue of thefts but said Bill 40 provides a framework for Manitoba Liquor and Lotteries to enter into additional retail contracts similar to what’s in place in rural parts of the province.

A spokesperson for Wharton said no decisions have been made yet, and it is still too early in the evaluation.

"To be clear, the safety of Manitobans is our number one priority," the spokesperson wrote. "However, it would be premature to comment on specific operational considerations."

Grocery shopper Grayson Tourand is in favour of expanding liquor sales in the province.

“Personally, I think it’s a great idea,” Tourand said outside the Lilac Food Fare. “It would benefit people like me who don’t drive. Being able to just go to the local Food Fare and pick up a bottle of wine would be really nice.”

Chris Brett said he is torn. He thinks small businesses should have the opportunity to sell liquor, but he feels the current system works well.

“We’ve got a pretty good system in place,” said Brett. “Plus it benefits the province.”